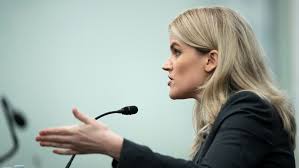 Francis Haugen became known worldwide as one of the most famous whistleblowers when she stepped forward to disclose tens of thousands of internal Facebook documents in 2021. Now, she is stepping into the fray again as the European Union debates a sweeping new law known as the Digital Markets Act, arguing for built-in protections and privileges for civil society organizations to be granted access to platform data.

Writing an oped in today’s Financial Times, Haugen argues: “EU lawmakers have a golden opportunity to change the rules of the game and create a world class data access regime. They must ensure that a final deal provides robust and secure access to vetted researchers from civil society and not just academia.”

She continues: “In representing the interests of citizens — the users of social media — such groups have a long history of providing “SOS alerts” to platforms and policymakers based on local knowledge. In December last year researchers warned about a massive uptick in Russian propaganda on social media, preceding the full scale assault on Ukraine this February. Tracking hate speech and disinformation in languages such as Lettish (Latvian) or Czech requires eyes on the ground that only civil society brings. That’s why these organisations need access to meaningful public content, which allows them to see in real time which stories are going viral, and how narratives might be co-ordinated. Organisations such as Global Witness, the Institute for Strategic Dialogue and Avaaz are the canaries in the coal mine and much better placed than academics to ring the alarm bell in emerging conflicts.”

“Access to data can save lives. One of my goals in coming forward with so much internal Facebook data was to provide evidence that the platform spends comparatively little on protecting you if you don’t speak English. Eighty-seven per cent of Facebook’s operational budget to combat disinformation goes to protecting users in the US who make up just 10 per cent of its user base. By giving data access, the DSA can recognise that activists and researchers will continue to be a first line of defence. Civil society issued the early alerts that vulnerable Middle Eastern refugees were being shown fake stories about the EU welcoming them, which put them at grave risk of physical abuse and detention. Their research can prevent violence, help save lives and enable access to justice.”

Read the full article on the FT.