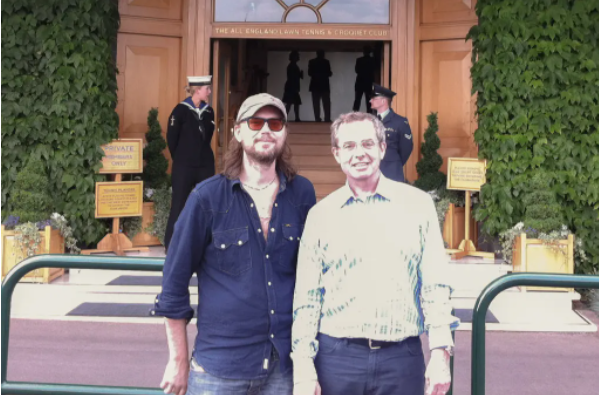 A reputed federal informant and whistleblower who went missing after he was reported to have turned over a trove of secret files about Deutsche Bank was found dead at a Los Angeles school this week, a police official said Wednesday.

The body of Valentin Broeksmit, 46, was found Monday at Woodrow Wilson High School shortly before 7 a.m., Sgt. Rudy Perez of the Los Angeles School Police Department said in an email.

Records of the Los Angeles County Medical Examiner-Coroner do not list a cause of death. The office deferred a preliminary finding to allow for additional examination and toxicology testing, according to records released Thursday.

A final medical examiner’s report is not expected until summer.

Broeksmit was last seen driving a red Mini Cooper on the afternoon of April 6, 2021, on Riverside Drive and was later reported missing by relatives, Los Angeles police said.

His vehicle was found, the department said, but Broeksmit remained missing.

Perez said Wednesday that he appeared to be homeless.

According to a 2019 profile in The New York Times, Broeksmit was a musician and the son of a Deutsche Bank executive who died by suicide in 2014.

After his father’s death, Broeksmit gained access to his father’s email account and found hundreds of files related to the bank, including board meeting minutes, financial plans, spreadsheets and password-protected presentations, the newspaper reported.

Federal and state authorities were scrutinizing allegations of criminal misconduct and the bank’s long relationship with former President Donald Trump, the newspaper reported.

According to The Times, Broeksmit supplied the documents to journalists and others, including Fusion GPS, the research firm linked to an unverified dossier about Trump, and investigators with the FBI’s New York office.

After a meeting with FBI agents in Los Angeles, the agency permitted Broeksmit to publicly identify himself as a cooperating witness in a federal criminal investigation, the paper reported.

Neither Fusion GPS nor the FBI immediately responded to requests for comment.

David Enrich, the Times reporter who wrote the profile, said Tuesday on Twitter that Broeksmit was a central character in his 2020 book, “Dark Towers: Deutsche Bank, Donald Trump, and an Epic Trail of Destruction,” and that news of his death was “terrible.”

“We had a complicated relationship, but this is just devastating to hear,” he said