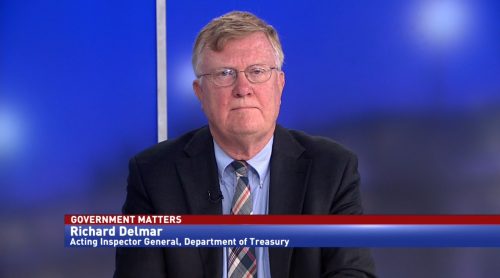 The U.S. Treasury Department is currently drafting proposed rules to implement the whistleblower provisions of the Anti-Money Laundering (AML) Act of 2020. These rules will help determine the future success of the newly created AML whistleblower program. By crafting commonsense regulations, the Treasury Department can strengthen the program, despite shortcomings in the law that need to be fixed by Congress.

The AML Act became law on January 1, 2021 as part of the massive National Defense Authorization Act. Included in the AML Act were provisions establishing a whistleblower reward program for individuals who report money laundering violations to U.S. authorities. Modeled off the Dodd-Frank Act (DFA), which established the highly successful SEC Whistleblower Program, the whistleblower reward provisions of the AML Act were meant to establish a program which incentivized insiders to blow the whistle by offering anti-retaliation protections and monetary awards. However, the AML Act strayed from the model of DFA in a number of ways, creating devastating loopholes which are undermining the potential of the program.

Given these loopholes, which include the lack of a mandatory minimum award, the apparent inability for the Treasury Department to actually pay awards, even where justified, and the exclusion of all employees at FDIC insured financial institutions and credit unions from coverage under the law’s anti-retaliation provisions, urgent legislative reform is needed to make the AML Act effective. A critical first-step in enacting an AML whistleblower law that can work in practice is the bipartisan bill, Senate Bill 3316. The bill fixes the two largest loopholes in the legislation, and would harmonize the law with the highly successful Dodd-Frank Act reward laws. The bill, which is cosponsored by Senators Charles Grassley (R-IA) and Raphael Warnock (D-GA), is widely supported by whistleblower advocacy groups.

Beyond legislative action, the Treasury Department’s rulemaking process is an important opportunity to address other shortcomings in the AML Act, or to fill in the gaps where Treasury clearly has the regulatory authority to act. Commonsense regulations are necessary to ensure that those aspects of the law that do not need a Congressional fix are effectively implemented.

In order to help ensure the success of the AML whistleblower program, the Treasury Department needs to take the following actions, most of which exist under the DFA and other successful programs:

Establish a user-friendly whistleblower office, with an informative website. The SEC’s Office of the Whistleblower’s website is a good working model. The SEC uses its website to publicize the program, it links to the law and regulations, it has clear explanations as to how to file a complaint. Perhaps most significantly, it explains how whistleblowers can file their concerns anonymously and confidentially. Most potential whistleblowers do not understand their rights, and consequently high-quality publicly available information is always the most important first step for a successful program;

Create strict deadlines for making award decisions, and permit an internal administrative appeal whenever a reward is denied, or if a whistleblower believes that reward is not sufficient. One of the biggest complaints with whistleblower reward programs is the long delays. A case can languish within an administrative agency for years, and it is not uncommon for an agency to take 2-5 years to make a reward decision. Congress has proposed amending the Dodd-Frank Act to mandate reasonable time requirements. The Treasury Department can do this by a rule;

Establish criteria for granting an award that focuses on incentivizing whistleblowers to provide the U.S. government with high quality information. A reasonable criteria explaining to potential whistleblowers precisely what they need to do to qualify for a reward is the flip side of the guaranteed minimum award standard. It tells potential whistleblowers what the government is looking for, and what you have to produce to get the promised compensation. This will drive the type of evidence the government needs to successfully prosecute a case, and therefore the type of evidence whistleblowers need to produce in order to qualify for a reward;

Work directly with the IRS, CFTC, and SEC to assist whistleblowers in qualifying for rewards impacting money laundering under those programs. Under the Dodd-Frank Act, if either the SEC or CFTC sanctions a money launder over $1 million the “related action” provisions of those laws can kick-in. Thus, AML whistleblowers can be incentivized, even where the Treasury Department lacks the funds or authority to pay an award. The Treasury Department needs to realistically confront the defects in the law, and create administrative rules that can mitigate against their most destructive aspects.

Money laundering was recently recognized by the Biden Administration as one of the key drivers facilitating international corruption, and its most harmful impacts, including terrorist and drug cartel financing, bribery, tax evasion, and undermining the rule of law. The Treasury Department must take advantage of the AML Act to administratively design the most effective transnational anti-money laundering whistleblower program consistent with the official United States Strategy to Countering Corruption. The Treasury Department also needs to actively and aggressively support the Grassley-Warnock bill in order to finally establish a workable federal whistleblower law that will play a central role in the detection and prosecution of money launderers. There is a path forward. Will the Treasury walk-the-walk, and not just talk-the-talk?