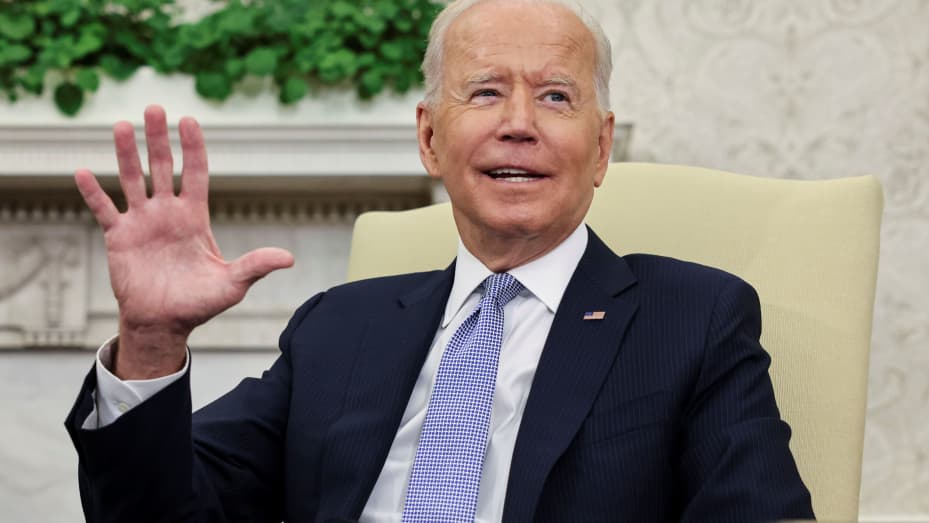 The former director of the White House Office of Science and Technology Policy violated ethics rules, created a toxic workplace and retaliated against staff who raised concerns about his behavior, according to a new whistleblower complaint filed Thursday, allegations that were quickly disputed by the official and by the White House.

The complaint lays out the most detailed allegations to date of purported unlawful behavior and harassment by Eric Lander, who served in President Biden’s Cabinet before resigning last month. Lander stepped down after an investigation found credible evidence that he had bullied staff in violation of the White House’s “safe and respectful workplace policy,” and he acknowledged at the time that he had “caused hurt” to colleagues.

That White House investigation was sparked by Rachel Wallace, who had served as the science office’s general counsel before being demoted to deputy counsel. The new complaint was filed by the Government Accountability Project, which represents whistleblowers, on behalf of Wallace and other anonymous OSTP staffers.ADVERTISING

The complaint was submitted to the Office of Special Counsel, an independent agency that protects federal employees, as well as to House and Senate committees. The document seeks reinstatement and damages for Wallace and others, and it claims to have identified at least 15 individuals who reported abuse while working at OSTP, the great majority of whom were women.

“This case is very disturbing,” the filing says. “Ethics violations were rampant; retaliation was ever-present. It proves toxic workplaces are nonpartisan. We urge you to promptly investigate.”

A lawyer for Lander sharply disputed that characterization. Although the White House investigation cited inappropriate behavior on Lander’s part, it did not find wrongdoing in his demotion of Wallace.

“The White House thoroughly investigated Ms. Wallace’s reassignment and concluded that Dr. Lander acted completely lawfully, as he did throughout his government service,” attorney Michael N. Levy said in a statement. “Any suggestion that Dr. Lander treated anyone differently on the basis of gender or race is simply not true.”

The complaint also alleges that Lander’s behavior was enabled and assisted by other senior managers at OSTP, and according to people familiar with the allegations, some of those individuals remain employed at the White House. A White House official, who spoke on the condition of anonymity to discuss personnel matters, said Thursday that “appropriate action” was taken in Lander’s case and any complaint made against any other OSTP employee “will be thoroughly investigated.”

Following Lander’s resignation, Biden tapped Francis S. Collins, the recently retired director of the National Institutes of Health, and Alondra Nelson, who had been one of Lander’s deputies, to split his duties until the president nominates a permanent replacement.

Lander, a renowned scientist, developed a close relationship with Biden and the two shared a deep interest in cancer research, as the president’s son Beau died of brain cancer in 2015. In the administration, Lander had been overseeing two initiatives of critical importance to Biden: the reboot of the cancer moonshot and the proposed creation of an advanced research agency to propel breakthrough medical treatments for cancer, diabetes, Alzheimer’s and other life-threatening diseases.

Biden announced his intent to nominate Lander on Jan. 15, 2021, and within days, the scientist started working full time at OSTP as a paid consultant while he awaited Senate confirmation. Lander, who faced questions during his confirmation process about his treatment of other scientists, particularly women and people of color, was not confirmed until the end of May. At his confirmation hearing, Lander apologized for some of his previous comments about other scientists.

The new complaint alleges that Lander repeatedly ignored warnings from Wallace about skirting the law, and that he engaged in actions such as hiring and other management decisions before he was confirmed and empowered to do so.

Federal law allows agencies to appoint an individual awaiting confirmation to a consultant position, but it limits that person’s authority during that period. Wallace, a 21-year veteran of the civil service, was appointed general counsel and chief operating officers at OSTP in August 2020 and provided guidance on legal and ethical compliance.

The complaint alleges Lander allowed staffers to receive funding from outside entities while working at the White House, which Wallace warned violated ethics rules.

The White House official denied Thursday that Lander had violated any ethical guidelines, saying that Congress “has provided multiple pathways for federal agencies to engage with nonfederal sources for staffing needs.” The official said these arrangements were approved by ethics counsel.

Wallace first raised concerns about Lander’s conduct with the White House Counsel’s Office on Feb. 3, according to the complaint, describing his alleged disparagement of staffers and purported disregard for regulatory constraints placed on consultants.

After Lander was officially sworn in, Wallace made another report to the counsel’s office in June, alleging Lander was pressuring staff, particularly women, to return to work in person, yelling at minority staffers and disrespecting female employees.

The treatment, Wallace said in an interview, was particularly “heartbreaking” given Biden’s public pledge that all federal workers would be treated with respect, a promise intended to create a contrast with the chaotic, sometimes nasty atmosphere that prevailed under President Donald Trump.

On his first day in office, Biden told staffers at a swearing-in ceremony, “If you are ever working with me and I hear you treat another colleague with disrespect, talk down to someone, I promise you I will fire you on the spot. On the spot — no if, ands or buts.”

“It was heartbreaking for so many on the OSTP staff who felt like they were betrayed,” Wallace said. “The word ‘hypocritical’ was used frequently by some of my colleagues and peers at OSTP because these big public statements were being made, but fundamentally, at least at OSTP, the opposite was taking place.”

Wallace did not hear from the White House Counsel’s Office until four months after her second complaint, at which point she was told the office considered the case closed, the complaint alleges.

“When people come forward with these types of allegations, they should be listened to,” Wallace said. “They deserve to be listened to and to have their complaints investigated right away.”

The White House said it heeds all such complaints, including Wallace’s, and that they are thoroughly investigated.

The complaint also alleges Lander retaliated against Wallace, excluding her from meetings, taking away her office and eventually demoting her to deputy counsel. Lander disputes that allegation, and the White House investigation did not find evidence of gender-based discrimination, deeming Wallace’s reassignment appropriate.

Wallace also complained to other White House officials outside the counsel’s office, and on Jan. 28, she was told a White House investigation had found bullying and exclusionary behavior by Lander in violation of the safe and respectful workplace policy, the complaint says.

Lander resigned on Feb. 7 after those conclusions were reported by Politico. In his resignation letter, Lander wrote that he was “devastated that I caused hurt to past and present colleagues by the way in which I have spoken to them.”

But Wallace said no other corrective action had been taken since then —such as reinstating her in her old job —nor had she received a direct apology from anyone at the White House. The White House official said Wallace remains “an active part of the OSTP staff.”

“I’m still in exactly the same position I was when this all started,” Wallace said. “That has not changed, and there are others who also were being retaliated against and their positions did not change. It is the same. Same people, same culture.”