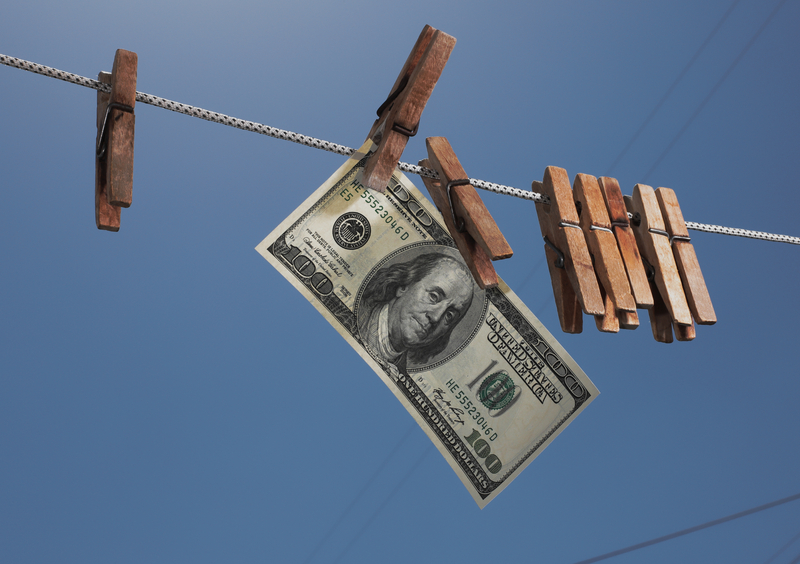 President Biden’s new Russia sanctions recognize the importance of throttling the economic system that powers the oligarchs and, in turn, props up Putin. However, these sanctions are only as good as the people working in U.S. banks tasked to enforce them.

Ukrainian forces are courageously risking their lives facing the Russian ground and air assault head-on. We should demand U.S. bank compliance officers, safe in their offices, thousands of miles from Kyiv, Kharkiv, and Odesa confront the Russians too.

It is up to anti-money laundering and compliance officers in the United States to hold the financial front line. U.S. financial institutions must urgently clean up their act and do their part to stop the bloodshed.

Browder began conducting his global campaign to cut Putin and his oligarchs off from the Western financial system after his lawyer Sergei Magnitsky died in a Russian prison in 2009.

Putin’s control over Russia rests on a pact he struck over two decades ago with his close-knit club of oligarchs. These are the billionaires who snapped up whole industries for themselves as the Soviet Union collapsed.

When Putin rose to power, he made clear to these oligarchs that as long as they stayed out of politics, he would let them continue to get rich beyond their wildest dreams.

So far, the deal has been profitable for both sides. Putin’s friends have not only accumulated billions of rubles, but they have also found ingenious ways to launder Russia’s weak and geographically limited currency, turning it into U.S. dollars.

The intricate money-washing system has been laid bare over recent years with the discovery of the massive Russian money-laundering scheme run through Danske Bank, stemming from its Estonian branch.

Over an eight-year period, Putin’s money laundering machine successfully converted more than $230 billion worth of Russian rubles into U.S. dollars, including the hundreds of millions of dollars Sergei Magnitsky died tracking. This happened at a time U.S. banks were supposed to be on guard to prevent the kind of money laundering that enriched Putin and the oligarchs.

All of this cash–hundreds of billions of dollars in laundered money–passed through U.S. banks or U.S. branches of foreign banks. Although these banks have significant responsibilities to monitor the money that flows through them, and block and report to FinCEN money laundering attempts, a 2001 U.S. senate report noted, “money launderers gamble that the banks will not notice–or perhaps will not scrutinize–the source of funds flowing through their correspondent accounts.” In the case of the Danske Bank laundromat, that gamble paid off handsomely.

Indeed, over the last decade, large enforcement actions have made clear that many banks were not taking their anti-money laundering obligations seriously. Since 2012, HSBC, JP Morgan, Commerzbank, Banamex, Rabobank, and U.S Bancorp, among others, have all entered into either non-prosecution agreements or deferred prosecution agreements with the Department of Justice due to lapses in their anti-money laundering controls. In total, these banks have paid nearly $7 billion in fines.

It’s now time for U.S. financial institutions to step up. Earlier this month, FinCEN issued an urgent alert imploring U.S. banks to be “vigilant against efforts to evade the expansive sanctions and other U.S.-imposed restrictions implemented in connection with the Russian Federation’s further invasion of Ukraine.”  The notice strongly encouraged banks to share information with each other and detailed a myriad of red flags–lessons learned from the Danske Bank money laundering scheme–that anti-money laundering officers at banks should be aggressively investigating.

As Putin continues his unprovoked attack on Ukraine, American financial institutions and their teams of anti-money laundering officers need to channel the courage of Sergei Magnitsky and be vigilant in cutting off the billions of dollars of Russian money pumping through the U.S. financial system to fund Putin’s war machine. We must work tirelessly to investigate, block, and report to FinCEN transactions intended to evade the new Russian sanctions.