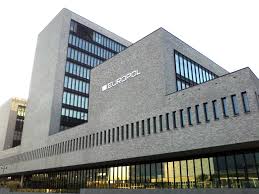 Authorities in three European countries have frozen more than $130 million in assets linked to an investigation into money laundering in Lebanon, a European Union agency said Monday.

The measures taken by officials in France, Germany and Luxembourg come as Lebanon grapples with a devastating economic crisis and coincide with domestic and European investigations of its longtime central bank governor, Riad Salameh. The crisis, which started in October 2019, is rooted in decades of corruption and mismanagement and has continued with no serious steps by the country’s political class to work for a solution.

The European Union Agency for Criminal Justice Cooperation, or Eurojust, said the investigation targets five suspects accused of money laundering. It did not identify the five, adding that they are suspected of embezzling public funds in Lebanon amounting to more than $330 million and 5 million euros ($5.5 million) respectively, between 2002 and 2021.

It said the assets that were frozen on Friday amount to 120 million euros ($131.6 million).

It was not immediately clear if the case is linked to the investigation of Salameh, who was charged by a Lebanese judge earlier this month with illegal enrichment and money laundering. Salameh’s brother, Raja, has been under arrest since March 17, over corruption charges.

The Salameh brothers’ assets have been frozen in Lebanon under an order from a judge in the Lebanese money laundering case. A Lebanese judge had said that Riad Salameh had used his brother to buy real-estate in France worth nearly $12 million.

There have also been reports that a brokerage firm, Forry Associates Ltd., owned by Raja Salameh, was hired by the central bank to handle government bond sales in which the firm received $330 million in commissions. The governor, who has denied all charges of corruption, calling them politicized, said last November that “not a single penny of public money” was used to pay Forry Associates Ltd.

A Eurojust spokesperson contacted by The Associated Press refused to name the people targeted saying: “We can never give information on suspects.”

Eurojust said the suspects in the main investigation “are assumed to be innocent until they have been proven guilty, according to law.”

A Lebanese banker said the Eurojust statement “did not give any hint, or proof or a fact that the assets frozen are linked or related in any way into Forry’s operations,” although he noted the numbers involved were similar. He spoke on condition of anonymity because he was not authorized to speak to the media.

Riad Salameh, who has not been arrested, has steered Lebanese finances since 1993, through post-war recovery and bouts of unrest. He was once praised as the guardian of Lebanon’s financial stability but has drawn increasing scrutiny since the meltdown started in 2019. He is also being investigated in several European nations, including Switzerland and France, for potential money laundering and embezzlement.