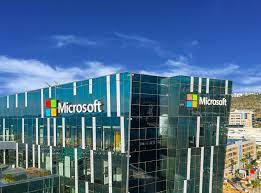 A whistleblower has claimed that he was fired by Microsoft after bringing attention to bribes that were being conducted at the company.

Yasser Elabd, the whistleblower, was recruited at Microsoft in 1998 and helped distribute the company’s products through the Middle East and Africa, he said in an essay posted on Lioness on Friday.

In the region, Microsoft utilised a network of partners called Licensing Solution Partners, who are authorised to engage with large public customers as they possess technical and business competencies, said Elabd. Through these partners, Microsoft brings e-health solutions to hospitals and digitised services to government agencies. The partner then takes a share of Microsoft’s licensing sales revenue, usually around 10-15%.

Elabd said that one way Microsoft closes deals using these partners is to create a business investment fund to pay for training or pilot projects that could cement longer-term deals. As the director of public sector and emerging markets for the Middle East and Africa, Elabd said he had oversight of the requests for these funds.

The whistleblower recounted how in 2016, a $40,000 request came through to accelerate the closing of a deal in one African country. However, he felt something was wrong as the customer didn’t appear in Microsoft’s internal database of potential clients, and the partner involved was under-qualified for the project. Additionally, the partner wasn’t meant to be doing business with Microsoft as he had been terminated four months earlier for poor performance on the sales team, and corporate policy doesn’t allow former employees to work as partners for six months from their departure.

Elabd brought these issues up and escalated them to his manager, HR, and legal departments. The legal and HR teams put a stop to the $40,000 spend but, to Elabd’s surprise, didn’t look deeper into the Microsoft employees who were orchestrating the fake deal.

However, the manager of the employee who had submitted the request sought Elabd out, angry at what he had done. Soon after, Elabd said that this manager was promoted and scheduled a one-on-one meeting, where he said their job was to bring as much revenue as they could to Microsoft.

“He added, ‘I don’t want you to be a blocker. If any of the subsidiaries in the Middle East or Africa are doing something, you have to turn your head and leave it as is. If anything happens, they will pay the price, not you,’” stated Elabd, responding that he wouldn’t block anything unless it violated company policy, which angered the manager.

Elabd decided to request a meeting with his boss, a VP, who, after meeting him, suggested the three of them should meet, which never occurred. Deciding to escalate this again, Elabd emailed Microsoft CEO Satya Nadella and a HR executive to explain he felt mistreated by the manager. The VP got in touch again and said he had essentially booked a one-way ticket out of Microsoft for escalating the matter to Nadella.

Microsoft put Elabd on a performance improvement plan which, when he refused to acknowledge the plan, culminated in the company ending his employment in June 2018.

Elabd said that in 2020, a clearer picture emerged of why executives had wanted to shut down his line of questioning.

“A former colleague based in Saudi Arabia who had become upset by what he saw taking place at Microsoft began forwarding me emails and documentation—and I learned that the corruption went much deeper than I had suspected,” he stated.

While examining a PwC audit, Elabd discovered that when agreeing to terms of sale for a product or contract, a Microsoft executive or salesperson would propose a side agreement with the partner and the decision maker at the entity making the purchase. The decision maker on the customer side would ask Microsoft for a discount, which would be granted, but the end customer would pay the full fee anyway. The amount of the discount would then be distributed among the Microsoft employee, or employees, involved in the scheme, the partner, and the decision maker at the purchasing entity, often a government official, he alleges.

In three of seven sampled transactions, discounts worth over $5.5 million weren’t passed through to end customers, in this case, two government-controlled entities, said Elabd. Another audit report showed a deal with the Saudi Ministry of the Interior in which a $13.6 million discount didn’t pass through. Other audits of deals in Kuwait and Saudi Arabia found a total of $20 million accounted for.