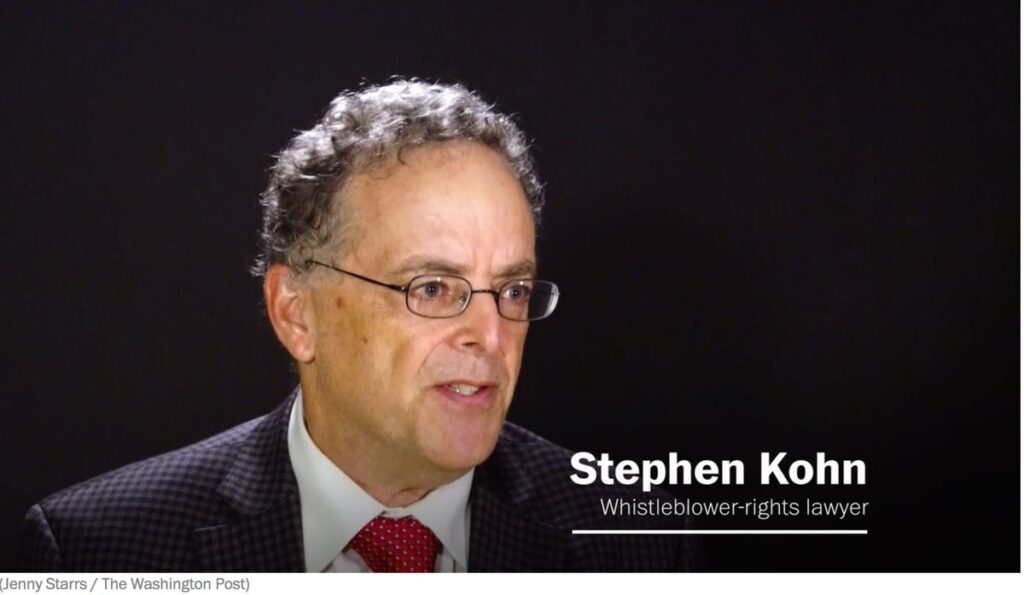 Whistleblowers and their counsel face a welcome problem. What to do if two separate laws permit a whistleblower to obtain a financial award for making an identical disclosure? How do you judge which law to use?

This is the argument explored in a recent oped published by leading whistleblower lawyer Stephen M. Kohn originally published in Reuters.

This question can be very significant, as agencies, such as the U.S. Securities and Exchange Commission (SEC), have implemented regulations to prevent double payment of awards. These restrictions can apply even when one of the laws is extremely weak. If two laws cover one violation, whistleblowers may have to choose which one to elect to use. Thus, knowing how to interpret potentially overlapping whistleblower laws is of growing significance.

Why do some laws work in incentivizing whistleblowers to come forward with high-quality information, while others fail to do so? The modern award laws have been actively used since 1986. Therefore, a solid empirical basis exists to judge which laws to use, and which to avoid.

The first criterion is perhaps the most important. Does the law require an agency to pay a minimum award to successful and qualified whistleblowers? Empirical evidence establishes that when whistleblower awards are discretionary, the likelihood of the awards being paid is extremely low. For example, the SEC had a discretionary reward program before the Dodd-Frank Act was signed into law in 2010.

The SEC’s Inspector General’s audit No. 474 of that law was highly critical, resulting in the law’s outright repeal. The audit found that in its 20-year history that discretionary law resulted in payments to only five whistleblowers, who collectively obtained only $159,537 in awards. Similarly, when payments under the False Claims Act were discretionary (between 1943-1986), no awards were paid.

The low percentage of award payouts in turn led discretionary laws to fail to properly incentivize whistleblowing. This failure was highlighted when Congress amended the False Claims Act (FCA) in 1986. Under the prior version of the FCA awards were discretionary. Awards were not paid, and thus whistleblowers were reluctant to come forward.

The 1986 amendments fixed that problem, and the FCA was soon recognized as the most effective anti-fraud law in the United States. Based on this success, other discretionary award laws (all of which did not work) were amended to make awards paid to successful whistleblowers mandatory. These included the IRS and SEC whistleblower laws covering tax and securities frauds. Both became highly successful when the award payments became mandatory and enforceable in court.

The mandatory payment requirement is a key to the success of all whistleblower award laws. First, whistleblowers know that they will be financially compensated if they “do the right thing” and risk their careers to report violations. Second, politics is taken out of the equation. An agency cannot deny a whistleblower on subjective grounds. If they are qualified, they must be paid. Perhaps the most significant aspect is that payments are made as a percentage of the sanction obtained.

The bigger the case, the better the evidence presented, the more cooperation between the whistleblower and the government, the larger the award. The interests of the government investigator and the whistleblower are harmonized. The result has been remarkable. Since 1987, in cases triggered by whistleblowers, over $100 billion has been collected in fines, penalties, and voluntary compliance payments from fraudsters, money launderers, and tax evaders.

The second criterion is confidentiality. It is the best protection against retaliation. If a company does not know who the whistleblower is, it cannot retaliate. Confidentiality protects employees from economic harm and permits whistleblowers to remain employed while they are assisting in a government investigation. This assistance results in better evidence, larger sanctions and fines and more accountability.

The FCA has a limited confidentiality provision, requiring that initial complaints be filed under “seal” and not served on the corporate defendant. However, once the government investigation is completed, the cases often come out of seal, and the whistleblower’s identity is disclosed.

The Dodd-Frank Act closed this loophole. It requires that whistleblowers be permitted to pursue securities and commodities fraud cases and cases under the Foreign Corrupt Practices Act entirely confidentially. Their identities can only be released under the most limited circumstances. They are permitted to file their initial complaints anonymously. As a result, over 60,000 whistleblowers have filed Dodd-Frank Act cases.

“Related action” payments serve two purposes. They prevent the government from playing a “shell game.” In other words, the government cannot bifurcate payments in an enforcement action, allocating the vast majority of sanctions to a law that has no reward provision. The “related action” provisions permit the whistleblower to obtain rewards based on the recoveries obtained from both agencies.

But the law does not only serve a defensive purpose of ensuring fair whistleblower payments, regardless of which agency issues a fine. The provision encourages whistleblowers to provide information to all federal agencies that have jurisdiction over any of the violations that may implicate the fraudsters’ misconduct.

For example, a company can be held liable for misleading shareholders when it covers up environmental violations that impact climate change. The law encourages the whistleblower to work with both the Environmental Protection Agency to provide evidence of environmental crimes, and to work with the SEC and provide evidence on how shareholders were misled. Under the related action provisions a Dodd-Frank whistleblower could obtain a reward based on both the fines and penalties paid to the EPA and SEC, even though the EPA has no whistleblower reward law. The SEC is required to pay a reward based on the total amount of sanctions paid by both agencies.

The Dodd-Frank Act’s related action rule contrasts with older award laws. For example, the Act to Prevent Pollution on Ships (APPS) has a reward law covering ocean pollution cases. But this law has no “related action” provision. Under the APPS law, a whistleblower can obtain up to 50% of any sanction obtained for violations of the APPS but is not entitled to any award for other related crimes.

In a recent case against Princess Cruises, the cruise line had to pay a $30 million fine. But the Department of Justice allocated $27 million of the fine for “conspiracy” and another $1 million for obstruction of justice. Only $2 million was allocated for sanctions related to the underlying crime (i.e., violations of the APPS). Thus, the whistleblower could only obtain an award based on the $2 million penalty and nothing for the additional $28 million in fines collected based on conspiracy and obstruction of justice. Even though the whistleblower provided the evidence to obtain the convictions under all three laws, the whistleblower was not entitled to one penny arising from the obstruction and conspiracy violations.

“Related action” provisions serve an essential function. They incentivize interagency cooperation. Congress was looking toward whistleblowers to aid in the detection of crimes. Through the payment of “related action” awards, whistleblowers are encouraged to fully cooperate with all agencies of the federal government that have a law enforcement interest in the underlying violations. These provisions are so important that the SEC is currently engaging in a special rulemaking proceeding primarily to strengthen its related action rules.

Whistleblowers and their counsel must be aware of the interplay between various award laws to ensure that a whistleblower is covered under the laws that: require mandatory payments; permit confidential filings; and compensate the whistleblower for their contributions in all enforcement actions that utilize their information to hold fraudsters and white-collar criminals accountable.