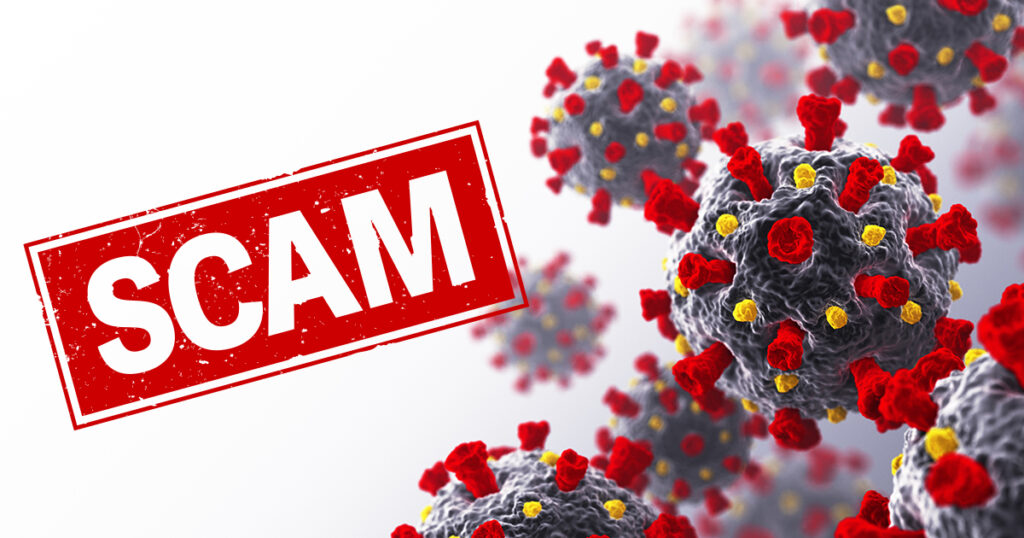 It should probably come as no surprise that when the US government opened up the taps for an unprecedented economic stimulus in the wake of the coronavirus pandemic, there was going to be fraud. But we think that few understand the reach and severity of those abuses, especially as it concerns some of the largest players in the healthcare sector.

According to a new report published in the Wall Street Journal, federal prosecutors have charged about 20 people in the past two weeks with allegedly engaging in various fraud schemes related to the Covid-19 pandemic that amounted to about $150 million in improper government claims, around $20 million of which have been paid, officials said.

The Justice Department has stepped up efforts to uncover theft from programs that were pumping billions of dollars into the healthcare system after the outbreak of the pandemic in 2020. The new cases are filed in districts around the country, and provide a sweeping look at how some healthcare providers allegedly sought to cheat Medicare and other programs by bundling charges for unnecessary services—or those that weren’t ever provided—with the delivery of relatively inexpensive Covid-19 tests.

A doctor who ran drive-through Covid-19 testing sites in Maryland, for example, allegedly billed Medicare for many of those tests, along with $1.5 million in other lengthy physician visits that purportedly accompanied them, but never actually happened. The doctor, Ron Elfenbein, allegedly told his employees to submit the tests for reimbursement as services that required 30-minute consultations, because the higher complexity services were “the ‘bread and butter’ of how we got paid,” an indictment returned on Tuesday alleged. A woman who answered the phone at Dr. Elfenbein’s company said he wasn’t in the office on Wednesday and a lawyer for him couldn’t be identified.

A lawyer for Ms. Hernandez said that she “vehemently denies the charges and didn’t knowingly participate in any scheme to defraud the Medicare program.” The other defendants or their lawyers couldn’t immediately be reached for comment or didn’t immediately respond to requests for comment.

The cases “involve extraordinary efforts to prosecute some of the largest and most wide-ranging pandemic frauds detected to date,” said Kevin Chambers, who was tapped last month to lead the Justice Department’s Covid-19 fraud enforcement efforts.

In the wake of the pandemic, prosecutors and regulators pored over Medicare billing data, spotting anomalies and pursuing a range of investigations. Last year, prosecutors charged another dozen healthcare providers with fraud schemes related to the pandemic totaling $143 million in allegedly false bills to government programs.

In some of the new cases, providers allegedly used Covid-19 testing to obtain personal information and saliva or blood samples from patients, and used them to submit for more expensive tests. In one California case, two owners of a clinical lab—Imran Shams and Lourdes Navarro—were charged with a healthcare fraud, kickback and money-laundering scheme that involved more than $100 million in fraudulent claims for Covid-19 and respiratory pathogen tests. They also sought to conceal their role by laundering the proceeds through shell companies Ms. Navarro controlled, prosecutors said.

Officials said the pair and other defendants preyed upon patients’ fear during the pandemic to tack on other unnecessary tests that had a more lucrative reimbursement rate but weren’t medically necessary. A lawyer for Ms. Navarro said she would plead not guilty to the charges. “She always tried to follow the law and provide appropriate and quality testing services to the laboratory’s patients. She looks forward to clearing her name in court,” said the lawyer, Mark Werksman. A lawyer for Mr. Shams couldn’t immediately be identified.