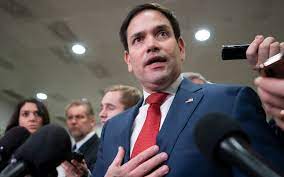 U.S. Senator Marco Rubio (R-FL) introduced legislation to modernize the Foreign Corrupt Practices Act (FCPA) by clarifying that the definition of corrupt intent includes actions that excuse the genocide in Xinjiang, advance the Chinese Communist Party’s (CCP) propaganda efforts, or “invest” in core CCP activities, among other actions. The legislation would require companies engaged in suspicious behavior to demonstrate that their actions are related to their underlying business, not part of a corrupt bargain with the Chinese Government or the CCP to gain or retain market access or receive any other benefit. Rubio announced the new bill in an op-ed in National Review.

“Name a major American company operating in China — Amazon, Apple, Microsoft, Tesla, Intel — and chances are that company has at some point carried water for the genocidal regime,” Rubio said. “Those actions are more valuable to the Chinese Communist Party than any monetary bribe. It is time to do something about this.”

The legislation would clarify that an action is taken with corrupt intent if it:

The legislation would provide corporate defendants the opportunity to rebut charges of corrupt actions by demonstrating a reasonable business purpose unrelated to any arrangement for market access or other benefit in the PRC. Treble civil penalties would apply to violations.