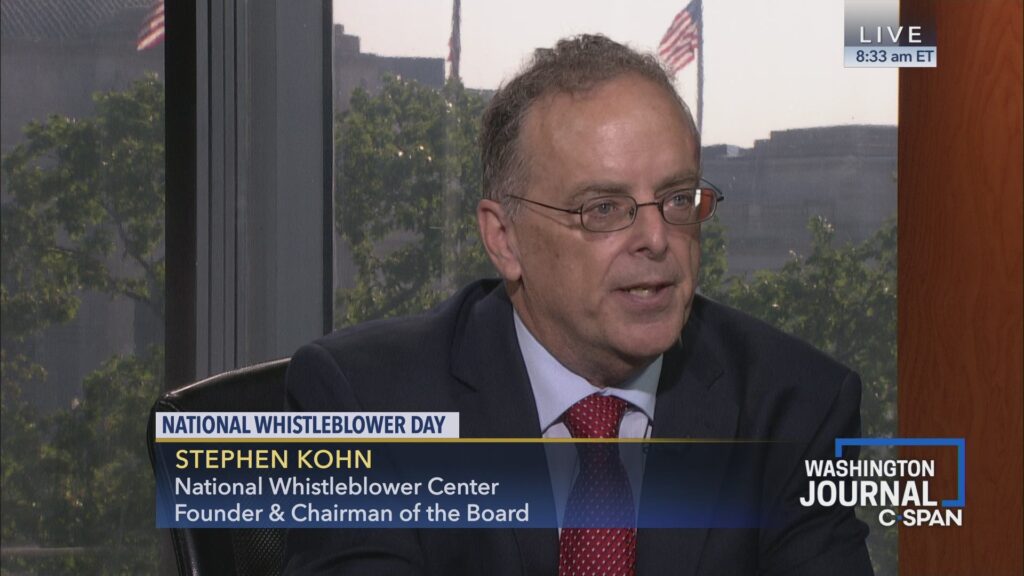 In September, leading whistleblower attorney Stephen M. Kohn published an article titled “Whistleblowing Should Be Part of President Biden’s Fight Against Corruption.” In the piece, Kohn notes that Biden’s memorandum sets a deadline to obtain recommendations from government agencies about the implementation of his anti-government agenda. According to Kohn, “these recommendations should include a full endorsement of using the enhanced whistleblower protections under the Dodd-Frank Act as a key component of the president’s anti-corruption program.”

Kohn states that “[t]he problems that President Biden’s Anti-Corruption Memorandum is targeting with a renewed effort to combat international corruption are remarkably similar to the problems identified by the U.S. Securities and Exchange Commission (SEC) and the U.S. Department of Justice (DOJ) in supporting continued prosecutions under the Foreign Corrupt Practices Act (‘FCPA’), including the use of whistleblowers as a key tool for detecting foreign bribery.”

“Given those similarities, the use of the FCPA should be the backbone of an effective anti-corruption program,” Kohn continues. “Likewise, the use of the Dodd-Frank Act’s transnational whistleblower program needs to be expanded, especially in light of the evidence of the invaluable role played by whistleblowers in detecting bribery.”

The FCPA, passed by Congress in 1977, is a U.S. anti-corruption law that prohibits the payment of anything of value to foreign government officials in order to obtain a business advantage. It also contains accounting provisions which require publicly traded corporations to make and keep books and records that accurately reflect the transactions of the corporation. In 2010, the Dodd-Frank Act, which established the SEC Whistleblower Program, added whistleblower provisions to the FCPA. Individuals can disclose information relevant to potential FCPA violations to either the SEC or the Commodity Futures Trading Commission.

Through the SEC and CFTC Whistleblower Programs, qualified whistleblowers, individuals who voluntarily provide the SEC or CFTC with original information that leads to a successful enforcement action, are entitled to a monetary award of 10-30% of funds recovered by the government. Additionally, under the DFA’s related action provisions, when a whistleblower’s disclosure to the SEC also leads to a successful enforcement action by another agency, the whistleblower is entitled to an award of 10-30% of funds recovered in that action. For example, a whistleblower whose disclosure leads to FCPA charges by both the SEC and the DOJ could be eligible for awards based on the sanctions collected by both agencies.

Whistleblowers do not need to be U.S. citizens in order to be eligible for SEC and CFTC whistleblower awards. According to the SEC Whistleblower Program’s 2020 Annual Report to Congress, in fiscal year 2020 the program received whistleblower tips from individuals in 78 foreign countries.