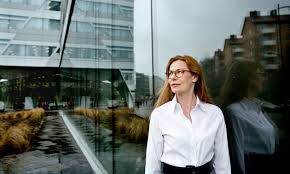 The former chief executive of Swedbank has been charged with fraud, market manipulation and the unauthorised disclosure of inside information, after an investigation into a large-scale money laundering scandal in the Baltics.

Birgitte Bonnesen, who was sacked as chief executive two years ago when the scandal came to light, “repeatedly spread misleading information” that the bank did not have any issues with its anti-money laundering (AML) processes in Estonia, according to Sweden’s Economic Crime Authority.

Thomas Langrot, the chief prosecutor and head of the investigation, said Bonnesen either intentionally or through gross negligence disseminated misleading information about the state of the bank’s anti-money laundering measures.

An official report by law firm Clifford Chance, commissioned by Swedbank, found that the bank had carried out €37bn (£30bn) of transactions with a high risk of money laundering between 2014 and 2019.

Langrot said there was evidence of a “cover-up” at Swedbank to stop the money laundering problems becoming public.

“I have chosen to primarily prosecute for gross fraud, but there is a secondary claim regarding gross market manipulation,” said Langrot. “The misleading information gave a false impression that Swedbank did not have, or had, problems with AML processes in the bank’s operations in Estonia.”

Last year, Swedbank said it would not file claims for damages against its former top executive and board.

Swedbank and Danske Bank, Denmark’s biggest bank, remain under criminal and civil investigation by US regulators over money laundering scandals amounting to hundreds of billions of euros through their branches in the Baltics.

Thomas Borgen resigned as chief executive of Danske Banke in 2018 after admitting that the vast majority of the €200bn flowing through its Estonian branch was laundered cash flowing illegally out of Russia, the UK and the British Virgin Islands.