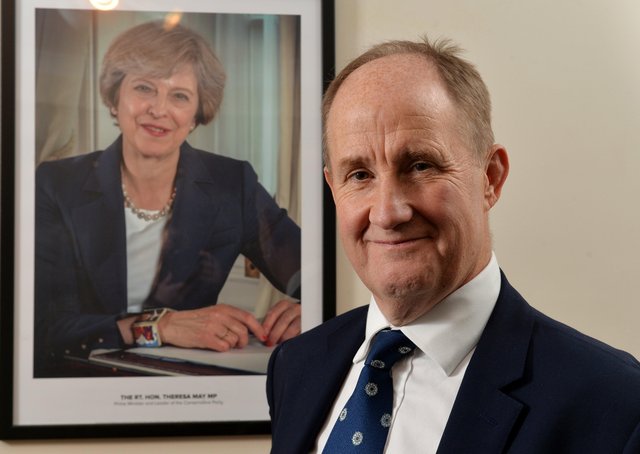 As sanctions ratchet up pressure on Moscow, the role of whistleblowers as central players in their enforcement is taking on fresh urgency.

Until now, the U.K. has been lagging behind other countries, especially the U.S., in giving whistleblowers both incentives and protections to encourage them to come forward.

That could change soon, as MPs began taking up on Monday the Economic Crime Bill, a measure that seeks to crack down on the vast flows of dirty money coming into the U.K.

Although whistleblower regulations weren’t in the bill’s scope this time round, the government is under pressure to include them in a second round of white-collar criminal reforms to be considered in the coming months.

Conservative MP Kevin Hollinrake, who sits on the Treasury Committee, is joining up with other lawmakers to propose an amendment establishing an “office of the whistleblower” — with powers to reward those who come forward with evidence of crimes such as money laundering, bank fraud and sanctions-busting.

Exhibit A is one of Hollinrake’s constituents, Ian Foxley. Despite exposing an international bribery scandal in the murky world of arms trading, he has spent “12 years without a penny” because the current legal framework doesn’t provide any compensation.

“The problem is this touches the wider perception of whistleblowing, and whether it’s worth coming forward,” Hollinrake said.

“[Disclosure] could have devastating consequences for those who do it,” he added.

The U.K.’s position also reflects pressure from the U.S. and the EU, which have both announced new initiatives to gather inside information on hidden assets in violation of war sanctions. Campaigners are pointing to this broader push, arguing that the U.K. also needs to bring more monetary incentives to the mix as it sets to overhaul its approach to economic crime — a long-running priority for watchdogs.

Given the size and global importance of the British financial sector, London’s move is key to applying restrictions adopted worldwide, these groups say.

As for Brussels stepping up, the European Commission announced on Friday that it will set up a “whistleblower tool to facilitate the reporting of possible sanctions violations” — which can be accessed globally.

If the Commission considers the whistleblower information credible, “it will share the anonymized report and any additional information gathered during the internal inquiry into the case with the national competent authorities in the relevant Member State(s),” the Commission wrote.

A spokesman declined to comment to POLITICO on whether the EU initiative will also introduce rewards.

Other countries can look to the U.S., where President Joe Biden signed a national security memorandum, updated in December, as part of its broader “KleptoCapture” initiative that targets corruption-linked wealth in the U.S. banking system. Among other provisions, it encourages people with direct knowledge to step up, offering “payments to individuals for information leading to the identification and recovery of stolen assets linked to foreign government corruption held at U.S. financial institutions,” according to the White House.

Rewarding whistleblowers who expose ill-gotten gains is “absolutely necessary,” according to Paul Massaro, senior policy adviser at the U.S. Commission on Security and Cooperation in Europe.

“Whistleblowers are how we make big cases,” said Massaro, who also advises U.S. lawmakers on economic crime and national security. “Financial transparency is only just starting to happen, [so] we really rely on people stepping forward and telling us where the blood money is hidden.”

Dean Zerbe, a lawyer and co-author of previous U.S. regulations for whistleblowing, says the U.K. and Europe “need to learn what the U.S. already knows — whistleblowers are critical in uncovering and exposing hidden money.”

“Efforts to go after the dark dollars of Russian oligarchs must include a robust program to reward whistleblowers,” he added. “A small army of lawyers, accountants and bankers are involved in helping the oligarchs hide their money.”

One man who famously benefitted from disclosing his employer’s crimes to authorities is Zerbe’s client Bradley Birkenfeld, a U.S.-born banker who collaborated with Washington against UBS over allegations of tax-dodging schemes for American citizens. Birkenfeld was awarded $104 million (albeit alongside a two-year jail sentence), while the Swiss lender incurred $780 million in penalties.

The U.S. government, meanwhile, recovered some $25 billion in taxes for previously undeclared wealth.

Birkenfeld, who recently published a book on his exploits called “Lucifer’s Banker,” added that “whistleblowers should be treated as an extension of law enforcement” and sees financial incentives as key.

“For crimes of this nature, [committed by] oligarchs and the Kremlin, you’ll have to be compensated, otherwise the risk is too large,” he said.

In the U.K., campaigners also point to the case of Alexander Perepilichnyy, a U.K.-based Russian businessman and financier who became one of the few whistleblowers to turn on powerful Kremlin interests. He disclosed schemes of money laundering to U.K. and Swiss authorities in 2010, helping contribute to the establishment of international sanctions.

He suddenly died while jogging in 2012. He was judged to have died of natural causes in an inquest, despite protests from campaigners for a broader investigation into alleged poisoning.

NGOs and charities who work with whistleblowers in the U.K. also point to challenges beyond personal safety, such as the mental health issues that can surface after denouncing one’s employer publicly. Furthermore, most whistleblowers have difficulties finding work at their level of qualification after speaking out.

“Because of the absence of robust and effective whistleblower legislation, [whistleblowers] are forced to make a choice between their family and the public interest,” said Georgina Halford-Hall, chief executive at the nonprofit WhistleblowersUK and supporter of Hollinrake’s measure.

Given the well-paid lawyers of oligarchs and Kremlin-linked conglomerates, whistleblowers should receive compensation and protection from legal risk, she said.

Andrew Pepper-Parsons, head of policy at the Protect Advice charity, which also helps U.K. whistleblowers, says the issue goes beyond monetary compensation. In fact, the money is “a bit of a distraction from the real issue, which is that whistleblowers … are often ignored and victimized,” he said.

The bigger problem “is often the response from employers and regulators, which isn’t always good enough,” he added.