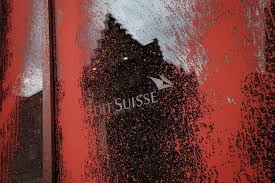 A whistleblower recently leaked data from Credit Suisse revealing that the bank opened accounts for and served numerous individuals with criminal ties, including sanctioned businessmen and human rights abusers. The leaked data includes information on more than 18,000 bank accounts, collectively holding more than $100 billion. It has increased scrutiny of the Swiss banking system and has renewed calls for stronger anti-money laundering laws.

According to the New York Times, “among the biggest revelations is that Credit Suisse continued to do business with customers even after bank officials flagged suspicious activity involving their finances.” The Times reports that these customers included multiple individuals “accused of being involved in a wide-ranging conspiracy surrounding Venezuela’s oil company” and “a Zimbabwean businessman who was sanctioned by U.S. and European authorities for his ties to the government of the country’s longtime president, Robert Mugabe.”

According to whistleblower advocates, however, the AML Act contains serious loopholeswhich undermine its effectiveness and have led to the faltering start for the whistleblower reward program. Loopholes highlighted by whistleblower advocates include the lack of a mandatory minimum award, the lack of an independent fund to finance awards, and the exclusion of all employees at FDIC insured financial institutions and credit unions from coverage under the law’s anti-retaliation provisions.

In response to these concerns, Senators Charles Grassley (R-IA) and Raphael Warnock (D-GA) are cosponsoring Senate Bill 3316. The bill mandates that qualified whistleblowers receive an award of at least 10% of the sanctions collected in connection with their disclosure. This is the same procedure outlined in the Dodd-Frank Act, which created the highly successful SEC Whistleblower Program. The bill also establishes a special fund for whistleblower awards which would be fully financed through monies paid by sanctioned fraudsters. The Dodd-Frank Act established an identical fund for the SEC Whistleblower Program.

Grassley and Warnock’s bill is widely supported by whistleblower advocates. In November 2021, a coalition of whistleblower advocacy groups sent a letter to Congress calling for the passage of the bill. According to the groups, the bill’s reforms “are absolutely essential to make the AML whistleblower law function as a critical tool for fighting money laundering.”

The Credit Suisse leak, like the Pandora Papers before it, is reinvigorating calls for stronger transnational anti-corruption programs. According to Kohn, “the Treasury Department must take advantage of the AML Act to administratively design the most effective transnational anti-money laundering whistleblower program consistent with the official United States Strategy to Countering Corruption.”