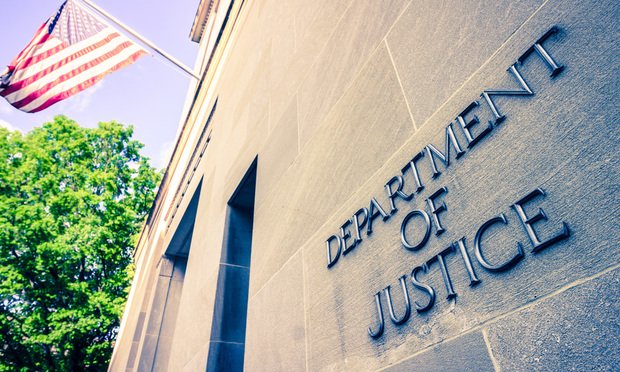 A lot of executives and corporations have difficulty understanding the Foreign Corrupt Practices Act, and what sorts of conduct, exactly, would be regarded as standing outside of compliance.

Sure, there’s the very easy guidelines – don’t bribe people. But it becomes more difficult to understand what sorts of compliance you could be responsible for several levels beneath the visibility of corporate leadership and in-country management, such as the conduct of vendors and service providers who may not disclose the details of their activities to their clients.

The Foreign Corrupt Practices Act advisory opinion procedure is back—and it may prove more useful than ever. On January 21, 2022, the United States Department of Justice issued its latest FCPA Opinion Procedure Release. This Release—DOJ’s second in as many years—suggests a potential revitalization of the opinion procedure process, which has been criticized for being cumbersome and slow and which previously had fallen into disuse.

Yet herein lies the problem: what company is going to want to come forward and submit a request for opinion, when that very act of asking the question could result in triggering an investigation? This is why most corporates simply choose to continue to hide misconduct or doubtful conduct instead of seeking answers to questions.

Nonetheless, the process can be a useful tool for companies faced with the dilemma of acting to satisfy the demands of foreign government officials in the face of the significant obstacles often posed by the U.S. anti-bribery laws. The January 2022 Release is significant both for the swiftness with which DOJ rendered its opinion as well as its discussion of the applicability and scope of the rarely discussed duress defense to the FCPA’s anti-bribery provisions.

The advisory opinion process long has been criticized for its delays. DOJ’s uncharacteristic alacrity in this case, therefore, is striking. DOJ issued a preliminary opinion one day after receiving a request, and, after requesting and receiving additional materials, it published its final opinion three months later. To be sure, the speed with which DOJ acted was a function of the unique factual circumstances at issue. At a minimum, however, the opinion’s timely issuance suggests that DOJ is willing and able to accelerate the opinion procedure process and provide swift guidance when justified by the circumstances.

The January 2022 Release involved an unusual set of facts. The company requesting guidance owned a maritime vessel that inadvertently entered a foreign country’s territorial waters after another country’s port operator gave the captain incorrect anchoring coordinates. The foreign country’s navy intercepted and confiscated the vessel and detained the crew aboard the ship. The captain—who suffered from “serious medical conditions”—was brought ashore and detained in a jail.

Shortly thereafter, a third party purporting to act on behalf of the foreign country’s navy approached the vessel’s owner and demanded a cash payment of $175,000 in exchange for the release of the captain, the crew, and the vessel. The ship’s owner, through an agent, asked the intermediary to provide formal documentation for the payment—“such as an invoice or other documentation setting forth charges or an enumerated fine amount.” Unsurprisingly, this request repeatedly was rejected. The owner also sought assistance from the U.S. government to secure the release of the captain and crew, but those efforts “bore [no] fruit.”

Under the circumstances, the vessel’s owner suspected that the payment likely was intended for one or more of the foreign government’s officials. Accordingly, the owner requested an opinion from DOJ as to whether it would run afoul of the FCPA if it acceded to the intermediary’s demands.

The owner submitted its request on October 19th and 20th of 2021. On October 21st—“[i]n light of the unusual and exigent circumstances presented by th[e] Request”—DOJ issued a short preliminary opinion explaining that, based on the facts set forth in the request, it did not intend to take enforcement action under the FCPA if the company paid the intermediary. DOJ then sought additional information from the owner, which it provided in November and December of 2021. DOJ issued the final opinion procedure release on January 21, 2022.

In explaining that the proposed payment would not trigger an enforcement action under the FCPA, DOJ reasoned that because the proposed payment would be made to avoid “imminent and potentially serious harm to the captain and the crew” of the vessel, the payment would be made under duress and without “corrupt intent.” In particular, DOJ emphasized that the captain’s serious medical conditions were “significantly exacerbated by the circumstances and conditions of his detention,” including a lack of medical treatment and equipment. Accordingly, his continued detention created a “serious and imminent threat to his health, safety, and well-being.”

DOJ also explained that the payment would not meet the “business purpose” test of the FCPA because the payment would not be motivated by an intent to obtain or retain business. Indeed, the vessel’s owner did not have any ongoing or anticipated business with the foreign country at issue, and its interactions with that country all resulted from the erroneous coordinates given to the captain.

Importantly, the Release distinguished “[t]he situation at hand . . . from other situations in which a company is threatened with severe economic or financial consequences in the absence of a payment” (emphasis added). “[P]ayments under circumstances that companies may perceive as economically coercive, especially in countries in which they are in historical, pending, ongoing, anticipated, or sought after business relationships with government actors may well give rise to liability under the FCPA.”

The Code of Federal Regulations governs DOJ’s opinion procedure process, which is also detailed in DOJ’s (and the Security and Exchange Commission’s) “A Resource Guide to the U.S. Foreign Corrupt Practices Act, Second Edition.” Broadly speaking, the process authorizes any U.S. issuer or domestic concern to ask DOJ for an opinion as to whether particular “prospective—not hypothetical [or past]—conduct” complies with the FCPA’s anti-bribery provisions. The request must be specific and “accompanied by all relevant and material information bearing on the conduct for which [the] FCPA Opinion is requested.” The request also must be made in writing and signed by an appropriate senior officer with operational responsibility for the conduct at issue, and the requesting entity must send the original request along with five copies to the Assistant Attorney General in charge of the Criminal Division.

Upon receipt of a request, DOJ has 30 days to issue an opinion stating whether the prospective conduct would violate the FCPA (and taking any other positions to the extent it deems appropriate). Alternatively, DOJ can toll the 30-day clock by requesting additional supporting information, in which case the 30 days begins to run from DOJ’s receipt of the final batch of supporting documents.

A favorable opinion creates a “rebuttable presumption” that the requesting entity’s proposed conduct complies with the FCPA. Although these opinions are non-binding, DOJ makes them publicly available on its website in order to provide general guidance to the business community.

In sum, the opinion procedure process affords companies and individuals operating in sovereign jurisdictions an opportunity before engaging in questionable conduct to seek guidance from DOJ as to whether their proposed conduct might trigger an FCPA enforcement action.

DOJ’s July 2020 edition of the Resource Guide touts the opinion procedure as a “valuable mechanism for companies and individuals to determine whether proposed conduct would be prosecuted by DOJ under the FCPA.” Indeed, the Resource Guide actively “encourage[s]” companies and individuals to use the process whenever questions arise regarding specific prospective conduct, and various high-level DOJ officials have emphasized the procedure in public remarks over the past decade.

Historically, however, the process rarely has been used. The January 2022 Release represents only the 63rd opinion issued since 1980. Moreover, until recently, the frequency of releases had been decreasing over time—despite increasing numbers of U.S. companies conducting international business. Indeed, the two most recent DOJ releases followed a notable six-year hiatus without any advisory opinions. In the summer of 2018, then-Deputy Assistant Attorney General Matthew S. Miner lamented that “not enough companies are taking advantage of” the opinion procedure process: “I’ve recently reviewed the list, and the most recent incident of use is from 2014. That shouldn’t be the case.”

Two primary reasons likely account for companies’ failure to make use of the opinion procedure process. For one thing, companies often are loath voluntarily to put themselves on DOJ’s radar. The most prominent criticism of the process, however, has been that is simply takes too long. Because DOJ generally restarts the 30-day clock by requesting additional, supplemental material multiple times per request, the process often extends for many months. For example, DOJ released its 2020 advisory opinion more than nine months after receiving the initial request. The opinion process before that one took more than six months.

Commentators have suggested that these routine delays make using the process impractical—few business decisions can await such a lengthy determination. Although DOJ has signaled in public remarks—including by then-Deputy Assistant Attorney General Miner in 2018—that it would be willing to expedite the process to accommodate a requesting entity’s needs, DOJ generally has failed to put its money where its mouth is, at least until now.

Although the striking factual circumstances of the January 2022 Release are sui generis, the January 2022 Release provides some guidance as to how a company might navigate a potential duress situation. Moreover, the issuance of two opinion procedure releases in the past two years—both favorable to the requesting entity—suggests that companies considering engaging in conduct that could potentially violate the FCPA might consider availing themselves of the opinion procedure process to obtain guidance in areas where the law provides little clarity.

More broadly, however, the fact that DOJ was able to render an opinion on an expedited basis should provide some confidence to potential requesting individuals or entities that they can receive guidance on urgent requests in a timely manner, potentially mitigating one of the major downsides of using the opinion procedure process. To be sure, the unique facts at issue in the Release raise questions as to how willing DOJ might be to issue an expedited opinion absent truly exigent circumstances. Nevertheless, DOJ has proven that it can, and will, act swiftly when the circumstances so justify.