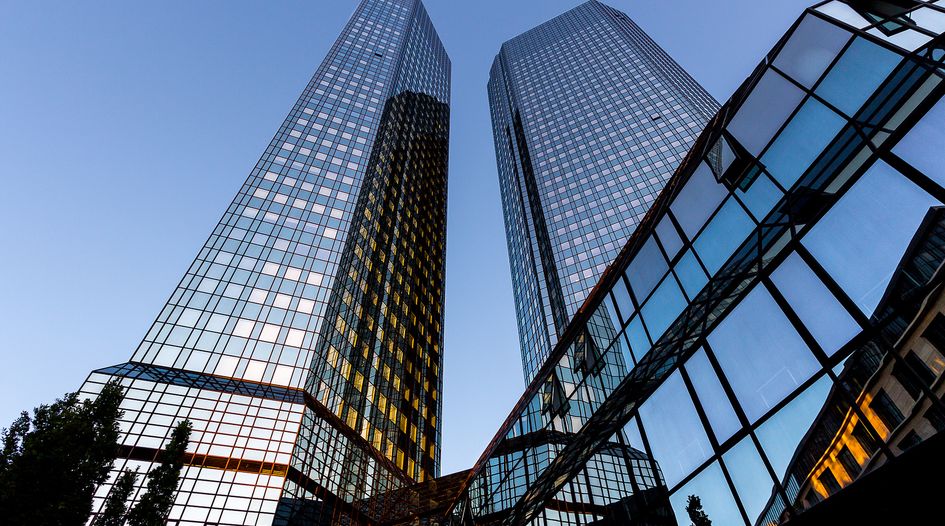 Deutsche Bank can’t seem to stay out of trouble – much of it of their own making.

On Friday, the corruption-riddled bank disclosed that it had agreed with the U.S. Department of Justice to extend the stay of a special monitor after it failed to report allegations involving its DWS funds unit in a timely manner.

The agreement to extend the monitoring of the bank comes as the Justice Department ratchets up scrutiny of corporate misconduct and repeat offenders.

In October, U.S. Deputy Attorney General Lisa Monaco laid out policies that included heightened scrutiny of repeat corporate offenders. The agency has been questioning how broadly to continue deferring prosecutions in exchange for penalties and promises of compliance.

The issue at Deutsche Bank revolves around claims by the former head of sustainability at DWS saying the investment firm overstated how it used sustainable investing criteria to manage investments. DWS has rejected the allegations of so-called greenwashing. read more

The DOJ, which had already installed a monitor at Deutsche for other issues, found that the bank violated a deferred prosecution agreement, Deutsche Bank said.

As a result, on Feb. 28, Deutsche agreed to extend the monitor until February 2023.

Deutsche Bank, DWS and the DOJ declined to comment.

Last year, the agency agreed with Deutsche Bank it would hold off prosecuting the bank over alleged corruption and fraud in exchange for a stiff penalty and promises to disclose any future misconduct and cooperate with any ongoing investigation.

Though agreement breaches have been historically rare, the Justice Department has issued such notices in recent months as it seeks to root out corporate misconduct.