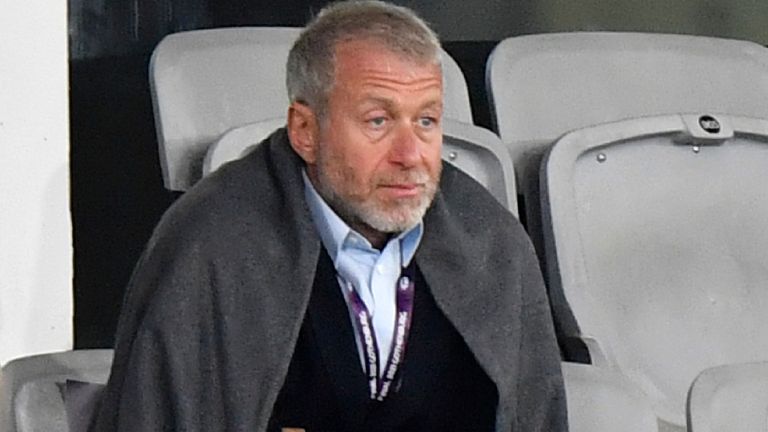 The U.S. Department of Justice created what it calls Task Force KleptoCapture, “an interagency law enforcement task force dedicated to enforcing the sweeping sanctions, export restrictions, and economic countermeasures that the United States has imposed, along with allies and partners, in response to Russia’s unprovoked military invasion of Ukraine.” That task force has a big obstacle in enforcement, however, specifically the sanctions against what Justice called “corrupt Russian oligarchs.”

The oligarch-yacht-sized loophole in reporting rules allows private equity firms, venture capital funds, and hedge funds to shield the true owners behind investments. So KleptoCapture won’t be able to find those oligarchs and their billions hidden in the private investment industry. Banks and most securities brokers are required by law to report ownership, under anti-money laundering (AML) and countering the financing of terrorism (CFT) obligations.

Senators Elizabeth Warren (D-MA) and Sheldon Whitehouse (D-RI) have a plan for that. They’re calling on federal regulators to use authority they already have to close the loophole, and do it fast.

They wrote to Treasury Secretary Janet Yellen and Gary Gensler, the S.E.C. chairman, asking that the loophole be closed. “[M]any private investment companies and investment advisers are not even aware of the identities of their investors and clients, undermining our anticorruption, counterproliferation, and counterterrorism programs and enabling Russian elites and other criminal actors to evade sanctions and hide and grow their wealth,” the senators write.

They say that closing the loophole for this $11 trillion industry would “help the U.S. government track down the hidden wealth of sanctioned Russian elites and better combat money laundering, terrorism, the proliferation of weapons of mass destruction, and other criminal activity.”

“Exempting the private investment industry from AML/CFT requirements endangers our national security and poses systemic risks to our financial system,” the senators write. “First, the United States cannot reliably determine how much money in the private investment market comes from illicit actors, whether criminal organizations, terrorists, or sanctioned individuals… Second, the United States is less capable of enforcing sanctions against wealthy individuals—including Russian oligarchs and government officials—or even understanding the sanctions’ impact… Third, by granting unfettered, anonymous access to America’s lucrative private financial markets, the United States is enabling and legitimizing foreign corrupt and criminal actors to some extent, without any understanding of how the geopolitical risk associated with doing so may contribute to market instability,” senators Whitehouse and Warren wrote.

It’s how one Russian oligarch, Roman Abramovich, has invested billions of dollars in American hedge funds and private equity firms over the past twenty years according to reporting from The New York Times. “For two decades, the Russian oligarch has relied on this circuitous investment strategy—deploying a string of shell companies, routing money through a small Austrian bank and tapping the connections of leading Wall Street firms—to quietly place billions of dollars with prominent U.S. hedge funds and private equity firms, according to people with knowledge of the transactions,” the NYT reported.

Warren and Whitehouse point out in their letter that if the U.S. were to sanction Abramovich, “neither the U.S. government nor the entities handling his secretive investments would have a full understanding of where Abramovich has invested his billions in the American financial system, let alone the ability to effectively enforce sanctions against him. Put another way, the AML/CFT regulatory gap threatens to undermine the Biden Administration’s historically robust sanctions against corrupt Russian elites.”

The two argue that the Treasury Department has the authority under the Bank Secrecy Act to close the AML/CFT gap for the private investment industry. The SEC, they write, “has the authority under the Investment Advisers Act to require investment advisers to disclose any records ‘as necessary and appropriate in the public interest” and “for the assessment of systemic risk.’” They want the two agencies to do use their authority and make any U.S. sanctions imposed on oligarchs actually mean something.

Back in December, the Biden administration announced a “strategy on countering corruption” that includes Treasure reviewing its rules on anti-money laundering in the industry. That hasn’t happened yet. Warren and Whitehouse want to know what they’re doing about it now.

“We ask that you move swiftly to end the AML/CFT loophole, send an explanation of when you plan to start the rulemaking process—and if any barriers exist to start the process—no later than April 12, 2022, and provide us with a briefing on your efforts to do so by April 12, 2022,” they write.