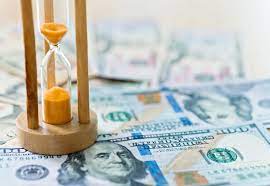 What do the next 12 months look like regarding the rising focus on anti-money laundering (AML) regulations around the world? As surveillance by regulatory bodies increases, many countries and individual jurisdictions have begun to actively work with agencies such as the Financial Action Task Force (FATF) to address issues in their anti-money laundering (AML) and terrorist financing policies and procedures.

As a thought leader, Kroll’s Global Enforcement Report (GER) offers insights on global enforcement trends with a focus on the financial services industry. By combining regulatory experience with analysis and strategies aimed at enforcement of penalties issued by key global regulators, Kroll aims to: assist companies in understanding the key risks in ignoring or overlooking regulations pertaining to AML, to educate clients about strategic approaches to governance, to manage all risks and to implement compliance programs as needed or required by law.

As an international governing body, the FATF has published its requirements, policies and procedures on AML and how to combat terrorist financing. One of the key components details recommendations for countries to identify, assess and understand money laundering (ML) and terrorist financing (TF) risks to which they may be exposed. Once these risks are properly understood, countries can begin to implement AML and counter-terrorist financing measures to mitigate them. This risk-based approach is central to the effective implementation of FATF standards. Additionally, these recommendations and standards are much broader and can also apply to financial institutions and designated non-financial businesses and professions.

Additionally, two critical statements were issued by the FATF regarding international compliance standards on the listing and monitoring process:

High-Risk Countries and Jurisdictions Subject to a Call for Action

When the FATF places a country and/or a jurisdiction under increased watch, it means they have committed to help resolve AML problems within a reasonable timeline. The FATF maintains a list of countries that represent a high risk of money laundering and has already begun to develop and implement goals and intensions to address their issues. This list of countries is often called the “gray list.”

In addition to the “gray list,” the FATF also maintains a “blacklist.” comprised of countries considered negligent in established AML rules, regulations and enforcement measures. These blacklisted countries—as well as those that initiate business with them–are highly monitored. The FATF makes it clear to other countries considering doing business with firms or banks that reside in a “blacklist” that they should take extreme caution.

In addition to its focus on individual countries, the FATF also identifies potential threats at a jurisdictional level. These include jurisdictions that have weak measures in place to combat money laundering and/or terrorist financing. The FATF issues public reports three times annually containing the names of these jurisdictions. Its most recent article was released in March 2022 and discusses jurisdictions under increased monitoring. The article notes:

“Since the start of the COVID-19 pandemic, the FATF has provided some flexibility to jurisdictions not facing immediate deadlines to report progress on a voluntary basis. The following countries had their progress reviewed by the FATF since October 2021: Albania, Barbados, Burkina Faso, Cambodia, Cayman Islands, Jamaica, Malta, Morocco, Myanmar, Nicaragua, Pakistan, Panama, Philippines, Senegal, South Sudan, Uganda, and Zimbabwe. For these countries, updated statements are provided below. Jordan, Mali, Haiti, and Turkey were given the opportunity and chose to defer reporting; thus, the statements issued in June and October 2021 for these jurisdictions are included below, but they may not necessarily reflect the most recent status of the jurisdiction’s AML/CFT regime. Following review, the FATF now also identifies the United Arab Emirates. The FATF welcomes the progress made by these countries in combating money laundering and terrorist financing, despite the challenges posed by COVID-19.”

Fines and Other Punitive Measures Are Making a Difference

Backed by an increasingly sophisticated dark web and ever-changing tactics, money laundering and support of terrorist activity have upsurged since the FATF was established in 1989. Worldwide, these illegal activities have a particular effect on many developing countries, that, due to their fragile financial systems, are often more susceptible to disruptions from the effects of money laundering and therefore more likely to be found on the FATF’s gray or blacklists.

However, the FATF and other more developed countries have invested in curtailing money laundering and terrorist funding and implemented strategies, policies and procedures to help countries combat these illegal activities. Unfortunately, though, that has not been enough. The levying of significant financial fines and other punitive measures have come into play as well. These fines and regulations have matured and strengthened over time as money laundering and other illicit activities have escalated globally.

Three countries that have implemented significant fines account for a majority of AML punitive measures worldwide. Kroll’s GER reports states that the United States, which retained its reputation as the key global enforcer, once again leads with the highest value of fines (36.4%, or $592.7 million) with the Netherlands right behind them (35.5%, or $578 mn). What’s interesting is that the U.S. authorities issued 19 penalties, whereas the Netherlands only one. The passing of The AML Act has had the most impact globally since the passing of the USA PATRIOT Act in 2001. The following three provisions have been significant in allowing the U.S. and leading AML countries to enforce these punitive measures:

As money laundering trends continue to change and tactics become more intricate, those who fight these crimes must take a firm stance on how to combat them. Moves toward early detection and addressing deficiencies more efficiently remain the most trusted solution. FinCEN released an article in December 2021 that discussed the modernization of US AML/CFT regulations. It states:

“FinCEN is issuing a request for information (RFI) seeking comments on ways to streamline, modernize, and update the anti-money laundering and countering the financing of terrorism (AML/CFT) regime of the United States. FinCEN is particularly interested in comments on ways to modernize risk-based AML/CFT regulations and guidance, issued pursuant to the Bank Secrecy Act (BSA) so that they, on a continuing basis, protect U.S. national security in a cost-effective and efficient manner.  Today’s RFI also supports FinCEN’s efforts to conduct a formal review of BSA regulations and related guidance, which is required by Section 6216 of the Anti-Money Laundering Act of 2020.  FinCEN will report to Congress the findings of the review, including administrative and legislative recommendations.

Are these fines and other punitive measures making a difference in reducing fraud? There seems to be some limited impact. Overall, global AML has grown over time and is set for rapid growth over the next nine years. Although the forecast trend in levied fines is largely down, it is due to increasingly strict government regulations that continue to put increased pressure on organizations to develop better AML solutions. This is evidenced in a recently published report demonstrating that AML fines fell by 78% from2020 ($13 bn) to 2021($2.8 bn).

Although this is the good news, we must continue to focus on prevention and detection before illegal acts are executed. Early warning systems and increased sophistication of AML strategies are having an impact, but we must remain ever vigilant and continue to vocalize policies, invoke punitive measures, levy hefty fines and follow-through on all aspects.