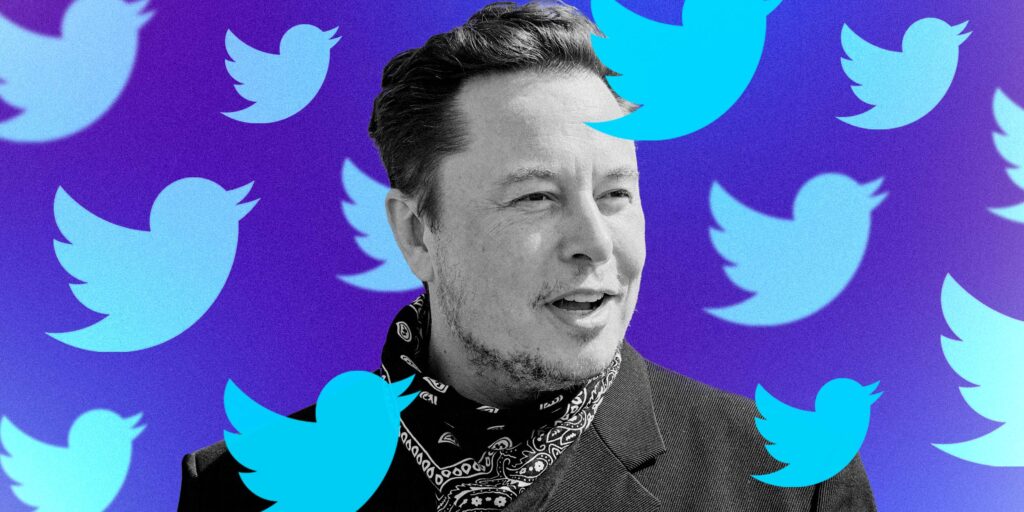 It seems that it’s just not enough to be the world’s richest man – you also need to demonstrate your contempt and impunity before the regulatory authority of the state in doing so.

Elon Musk conceded late Tuesday what pretty much everyone in the financial world, and certainly those invested in Twitter already knew: he has no plans to sit on his $3.7 billion stake in the micro-blogging website.

Musk submitted an updated 13-D filing with the U.S. Securities and Exchange Commission noting his intention to take an active role in the group following the revelation of his 9.1% stake earlier this week – a stake, it’s worth noting, he began compiling in early January.

Within hours of Musk’s original 13-G filing on Monday, typically used by passive investors who have no stated intention of exerting influence, or control, on the company in which they are invested, the billionaire Tesla (TSLA) – Get Tesla Inc Report CEO began to exert influence.

He published a Twitter poll to his 80.4 million followers, asking their opinion on an age-old debate among users of the website: do you want an edit button.

Evidence of that influence was nearly immediate: CEO Parag Agrawal, who only recently took over from departing founder Jack Dorsey, urged users to “vote carefully”. “The consequences of this poll will be important.”

Less that a day after that, Musk revealed what seemed to be a broader intention to exert control, agreeing to a seat on the Twitter board for two years while at the same time acknowledging the opportunity to increase his holding to 14.9%.

“With Mr. Musk being a prolific Twitter user and having expressed frustration with the platform and leadership in the past, we can envision Mr. Musk pushing for increased freedom of speech as well as smaller product changes (like an edit button),” said JMP Securities analyst Andrew Boone, who carries a ‘market perform’ rating on the stock.

“Given this view, we could envision a more liberal stance towards content moderation (and the potential reinstatement of past banned users like Donald Trump, which would likely be a positive for engagement) as well as more hurdles for content filters (increasing user safety issues and likely a negative for engagement and brand safety),” Boone added.

Musk’s relationship with Twitter — which he called a “war zone” during his 60 Minutes interview in 2018 — remains complicated, in that he is both a prolific user of the site as well as one of its more vocal critics.

Late last month, Musk said he was giving ‘serious thought” to starting his own social media company, and accused Twitter of “failing to adhere to free speech principles fundamentally undermines democracy” given that the site “serves as the de facto public town square.”

His use of Twitter has also drawn the ire of the SEC — who will surely ask why he first filed a 13-G several days after its original deadline — most famously in 2018 when the agency charged him with securities fraud related to a Tweet that he had ‘funding secured” to take the Tesla private.

Musk maintains that was true, but agreed to pay two $20 million fines, and have his Tweets vetted, in order to placate the SEC’s objections.

The following year, however, he Tweeted (again) that Tesla would produce around 500,000 cars in 2019, but backtracked on the remarks a few hours later (but not before the stock rose sharply in response.

Another Musk Tweet, this time in the fall of last year, sent Tesla shares in the other direction after he asked his Twitter followers if he should sell “10% of my Tesla stock” in order to create a tax liability.

Tesla told investors in a subsequent 10-K filing that the SEC had “issued a subpoena to us seeking information on our governance processes around compliance” with the 2018 settlement.

Twitter, for its part, faces an uphill battle to both increase the number of monetizable daily active users, its term for the number of daily users who can view ads, while keeping content moderation at a level that will attract new users without alienating current ones.

Looking into the coming year, Twitter said it sees revenue growth in the “low to mid 20% range” and held onto its 2021 guidance that sees $7.5 billion in revenues and 315 million daily active users by 2023.