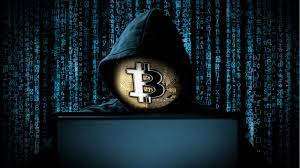 An Irving man has been sentenced to federal prison for his role in a cryptocurrency money laundering conspiracy in the Eastern District of Texas, announced U.S. Attorney Brit Featherston, according to a DOJ press release.

In the course of the operation, Bhusal was personally responsible for laundering $1,437,358.99 in criminal proceeds.

On March 10, 2022, co-conspirators Lois Boyd, 75, of Amelia Court House, Virginia, and Manik Mehtani, 33, of McLean, Virginia, were named in an indictment returned by a federal grand jury, charging them with a violation of the Travel Act, money laundering, and money laundering conspiracy.

If convicted, Boyd and Mehtani face up to 20 years in federal prison.  A grand jury indictment is not evidence of guilt.  A defendant is presumed innocent until proven guilty beyond a reasonable doubt in a court of law.