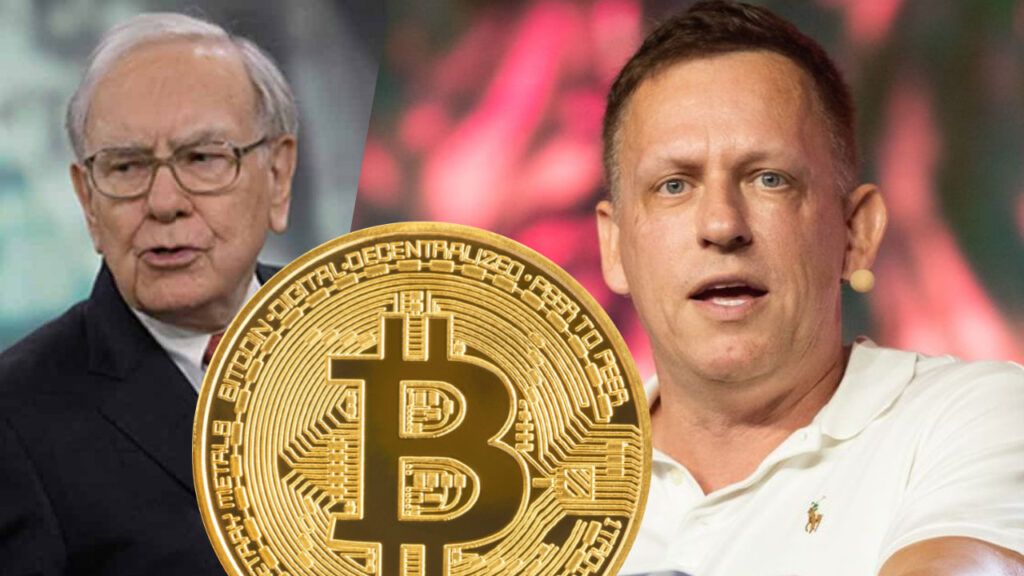 The Trump-supporting tech mogul referred to the troika of Buffett, Fink and Dimon as a “gerontocracy” that was standing in the way of a cryptocurrency revolution.

Thiel, the PayPal co-founder and early angel investor in Facebook, made the comments during a bitcoin conference in Miami.

“Bitcoin is not a company,” Thiel said. “It does not have a board. We do not know who [founder] Satoshi [Nakamoto] is. … The finance gerontocracy that runs the country through whatever silly virtue-signaling slash hate factory term like ESG [environmental, social and governance] they have versus what I would call — what we have to think of as a revolutionary youth movement.”

“We’re going to try to expose them,” Thiel continued. “When they choose not to allocate to bitcoin, that is a deeply political choice, and we need to be pushing back against them.”

Thiel said he warned traditional investors that they ought to embrace cryptocurrency as a hedge against fast-rising inflation, and that central bankers ignored him at their own peril, according to remarks reported by Bloomberg.

Thiel singled out Buffett, whom he called bitcoin’s “enemy No. 1.”

Nevertheless, their investment firm Berkshire Hathaway earlier this year bought a $1 billion stake in Nubank, a digital lender based in Brazil that facilitates crypto transactions.

Dimon, the CEO of JPMorgan Chase, called bitcoin a “fraud” and “worthless.” But in a recent letter to shareholders, he wrote that “decentralized finance [DeFi] and blockchain are real, new technologies that can be deployed in both pubic and private fashion, permissioned or not.”

Blockchain is the technology that underpins cryptocurrency. It is a digital ledger that keeps track of crypto transactions and other information.

Fink was also an early skeptic of bitcoin, but he has softened his stance recently, saying that his asset management company was “studying digital currencies, stablecoins, and the underlying technologies to understand how they can help serve our clients.”

“A global digital payment system, thoughtfully designed, can enhance the settlement of international transactions while reducing the risk of money laundering and corruption,” Fink recently wrote in a letter to shareholders.