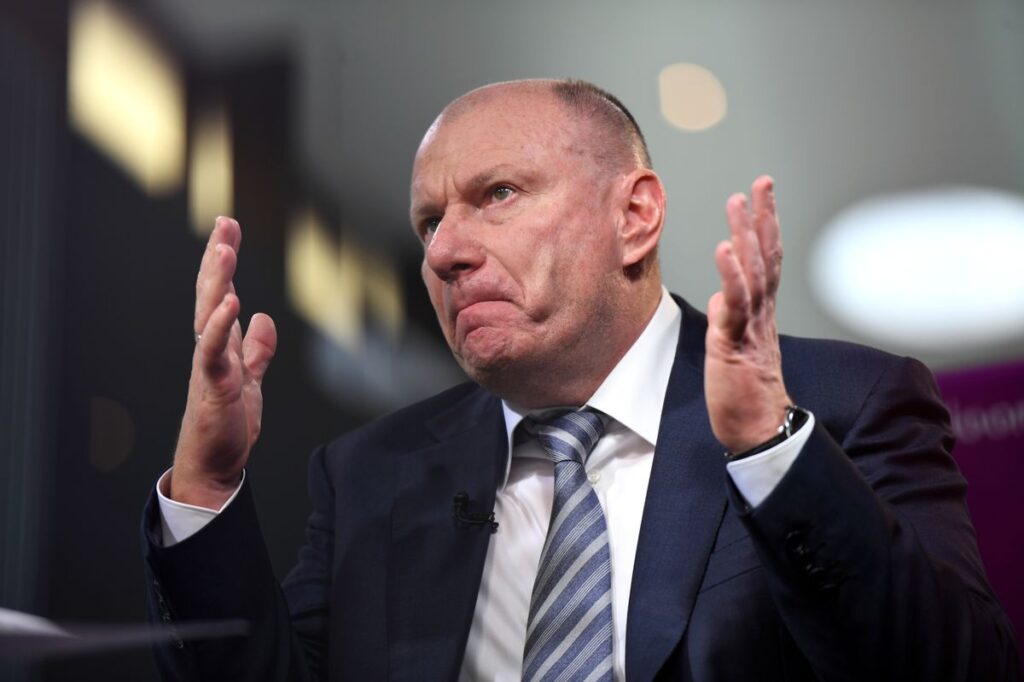 French banking giant Société Générale SA said it would exit Russia, sell its operations to one of Russia’s richest people, and take a more than $3 billion hit to its income.

The French bank said Monday that it was selling its entire stake in Rosbank and its Russian insurance units to Interros, a conglomerate controlled by metals billionaire Vladimir Potanin. Interros previously controlled Rosbank.

The French bank didn’t disclose how much it was selling Rosbank for, but said the price tag included Interros agreeing to pay off loans Société Générale had made to its Russian unit.

Mr. Potanin and Interros have escaped sanctions from the U.S., European Union and the U.K.. He was included on Canada’s list of sanctioned individuals last week. Société Générale has had investment banking operations in Canada since 1974.

“We intend to run the bank’s business in accordance with the best standards and practices,” Mr. Potanin said in a statement.

French companies largely have refrained from the mass exodus of Western business from Russia following the invasion of Ukraine.

Société Générale had until now stuck with Rosbank, Russia’s largest foreign-owned lender, with a staff of around 13,000 and five million customers. In recent weeks, Société Générale said it was carefully monitoring the situation, but gave no sign of a withdrawal.

However, the pressure on Western financial institutions to sever ties with Russia has been intense. Rounds of sanctions from the U.S., European Union and U.K. have largely targeted the country’s financial system and its richest individuals. Banks are reluctant to play a role in facilitating transactions in and out of Russia or with Russian individuals, fearful of running afoul of the thicket of sanctions regulations.

Other Western banks also seemed keen to stay in Russia at the beginning of the war, only to decide on an exit as the conflict escalated. Citigroup Inc. , one of the biggest foreign lenders in Russia, JPMorgan Chase & Co. , Goldman Sachs Group Inc. and Germany’s Deutsche Bank AG have all said they are leaving the country.

Citigroup has been trying to sell its consumer bank since April last year.

Hanging over the banks is the fear of massive fines for facilitating payments or loans that violate Western sanctions. Société Générale’s crosstown rival BNP Paribas agreed to pay more than $9 billion in fines in 2014 for allowing transactions that violated U.S. sanctions against Sudan, Iran and Cuba.

Investors rewarded Société Générale’s move to exit Russia by sending shares in the French bank up 6%.

The Société Générale divestment will be closely watched by other businesses exiting Russia. Selling to sanctioned individuals or companies may require waivers from Western governments. Russia has also said it would block Western businesses from selling and has proposed legislation to nationalize some Western-owned businesses.

Société Générale said the exit would result in hits to its capital and income, including an estimated $3.4 billion it said would be accounted for in its income statement. The Russian business accounted for less than 3% of Société Générale’s 2021 earnings, and the bank said it remains committed to paying dividends and buying back shares.

Société Générale’s exit from Russia closes a chapter it opened in 2006, when it bought a stake in Rosbank to gain better access to what it thought was a promising, fast-growing market.

The bank said the sale is expected to close in the coming weeks, subject to approval from regulators.