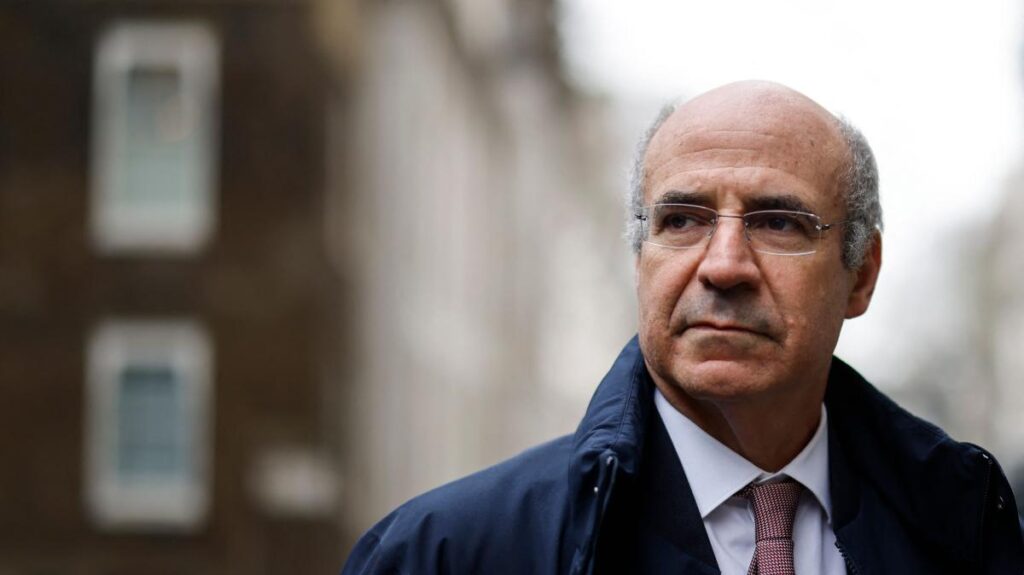 Bill Browder was headed for breakfast at his Madrid hotel when two men with shirts reading “Policia Nacional” suddenly approached him and took him into custody on a Russian arrest warrant.

Browder, a financier who had once been the largest foreign investor in Russia, had long been a thorn in Moscow’s side before he was detained that day in May 2018. Years earlier, Browder had discovered that many of the companies he had invested in were being robbed by oligarchs and corrupt officials. Unwilling to let this fraud go unchallenged, Browder, as detailed in his 2015 bestseller Red Notice, decided to fight back. He hired a local lawyer named Sergei Magnitsky, who helped Browder uncover a multi-million dollar tax fraud involving Russian officials that went all the way up to President Vladimir Putin. Angered by the revelations, the Kremlin accused Magnitsky of fraud himself. He was detained and ultimately murdered in prison in 2009.

Horrified by what had happened, Browder publicized the case and lobbied for what became known as the Magnitsky Act, a 2012 U.S. law which allows for the freezing of assets of Russian human rights violators. In retaliation, the Russian government put Browder on trial in absentia, found him guilty of tax evasion, and issued what is known as an Interpol Red Notice for his arrest. Although several of these notices were eventually rejected by Interpol, that didn’t stop the Spanish police from attempting to arrest him on yet another warrant in Madrid that day. It was possibly the scariest moment in Browder’s life.

“When they shoved me in the back of the police car, I started to think that maybe these weren’t real police officers at all but Russian kidnappers,” Browder told The Daily Beast. “I imagined that perhaps they just bought some uniforms and stole a police car and would drive me to some airstrip out of town, bundle me onto a private jet and take me to Moscow when they would kill me like they did my lawyer Sergei Magnitsky.”

Luckily for Browder, none of this happened. As detailed in his new book, Freezing Order, the warrant was once again declared invalid by Interpol—they have all been rejected for being political in nature—and Browder was released from custody. “What saved me was Twitter,” says Browder in the book. “My tweets [which he had been able to send while in custody] had generated hundreds of phone calls to Interpol and the Spanish authorities who soon realized the mess they’d waltzed into.”

But that hasn’t stopped the death threats, the kidnapping warnings and the ongoing Russian harassment, including being tried in absentia on two occasions, which, Browder told The Daily Beast, is “very much like living in a war zone. After years and years, you become desensitized to it. I’ve been living under threat from Russia for 12 years, and it’s physically impossible to be in a state of high alert for all that time.”

The fact is, though, that Freezing Order is scarier than any Stephen King novel. It’s a devastating primer on state criminality and its effect on one human. Browder’s book piles on detail upon detail about illegal Russian state activity—not just financial crimes, but the numerous murders and poisonings of its critics. It also pursues a number of other storylines: how Browder has managed to survive all these years without being murdered; how bankers and lawyers in the West enable Russian crimes by laundering money and setting up offshore accounts; and the seemingly never-ending corruption of the Russian government which has only gotten worse under Putin.

“During Soviet times there was a famous expression, ‘If you weren’t stealing from the state you were stealing from your family,’” Browder told The Daily Beast. “That culture of corruption was so built-in that everybody assumes that if you have power it would be irrational not to use it to steal everything you could. Sadly, every time a new leader comes along, they just settle into this stereotype instead of trying to reform the country.”

Browder estimates that since Putin came to power, dirty money moved through Western banks has amounted to $1 trillion or more. Which makes the fact that the Magnitsky Act has now become law in 34 countries—and has been used against everyone from Saudi assassins to Myanmar generals—a real problem for Russia and its oligarchs. So much so, in fact, that at a 2018 summit, when Trump asked Putin if he would extradite 12 Russian officials for U.S. crimes, the Russian leader’s response was that America should reciprocate, saying “for instance, we can bring up Mr. Browder in this particular case.”

That didn’t happen. Still, Trump gave an initially enthusiastic response: “I think that’s an incredible offer,” he said, which he later walked back on. Adding to that, there was the fact that members of Trump’s entourage—Trump Jr., Jared Kushner, Paul Manafort—had met with a former Russian counterintelligence officer and a Russian lawyer to discuss the Magnitsky Act. So it doesn’t seem like hyperbole when Browder states in the book that “the Magnitsky Act was not only the driving force behind Putin’s official policy toward the West, but was also behind his audacious intervention in the U.S. political process.”

It’s no surprise, then, that Browder now has employed bodyguards to protect him, varies his daily routine, and has moved his entire calendar to hard copy, so it can’t be hacked. When asked by The Daily Beast about any other methods he uses to stay safe, however, Browder, who was born and educated in the U.S. but is now a British citizen, understandably refuses to go into detail, but said: “The one thing I can say is that I never fall into habits that can be exploited. I also don’t drink tea with Russian strangers,” a reference to the 2006 murder of Russian defector Alexander Litvinenko, who drank tea laced with polonium-210 in a London hotel.

Browder does not believe this scourge of Russian thievery will go away anytime soon, and he does not advocate for the enactment of new banking laws, but instead calls for “changes to law enforcement.”

“At the moment, there are very few consequences for the Western enablers of Russian corruption. The bankers can launder billions of dollars and nothing will happen to them,” he said. “If these people started to be sent to jail for these crimes, it would create a new calculation of risk/reward, and I bet a lot of them would choose not to get involved.”

Of course, Vladimir Putin has a lot more on his mind these days than money laundering and the comings and goings of Browder, although Browder says the harassment is ongoing. But if nothing else, the author of Freezing Order might be, at this point in time, one of the foremost authorities on the inner workings of the Russian autocrat’s mind. And as far as Browder is concerned, no matter what other commentators might think, Putin is definitely not crazy.

“My analysis is that he’s acting very rationally based on his own depraved values. He’s been a dictator for 22 years and has stolen hundreds of billions from the Russian state. After a while, that loss creates hardship across the country and there is a very real probability of the people rising up and overthrowing him because they’re hungry and poor,” said Browder. “Putin understands this and saw the writing on the wall for himself. He couldn’t just sit there and wait to be overthrown, so he did what most dictators do when they’re afraid of losing power: He started a war.”