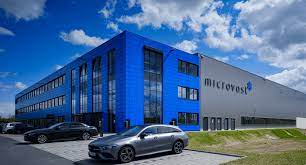 In mid-March, it was reported that U.S. and Chinese regulators were getting closer to a cooperation plan regarding Chinese companies listed on U.S. stock exchanges. The New York Stock Exchange and Nasdaq had threatened Chinese companies with delisting if the Chinese government didn’t make changes to their audit access rules.

This is the fourth group of China Concepts Stock companies to be included on the “pre-delisting list” since the beginning of March. If they don’t prove eligibility, they will be moved to the “determined delisting list,” which requires them to submit the correct documents to the SEC within three years. If that doesn’t happen, they will be immediately delisted after the disclosure of their 2023 annual reports in early 2024.

In March, five companies, BeiGene, Yum China, Zai Lab, ACM Research (Shanghai) and Hutchmed, were placed on the “pre-delisting list.” On March 29, all had been moved to the “determined delisting list”

However, it was announced on April 11 that BeiGene had changed auditors for its New York listing from a Chinese firm to a U.S.-based one in order to comply with U.S. law. This will likely decrease the likelihood of it being delisted from Nasdaq.

Seeking Alpha wrote, “The company looks like quite a safe long-term investment due to its strong drug lineup, as well as its international team and global focus. It may have listings in Hong Kong and Shanghai, but cancer drug maker BeiGene Ltd. is making it clear it wants to keep its original listing in the U.S. which is currently under threat due to U.S.-China tensions.”

Zai Lab is also reported to be making a similar move. According to a Caixin report, BeiGene has cautioned that this move “may not be adequate” to meet SEC requirements.

The U.S. enacted the 2002 Sarbanes-Oxley Act after the Enron Corp. accounting scandal. Sarbanes-Oxley requires all public companies to have their audits inspected by the U.S. Public Company Accounting Oversight Board. Since then, China has refused access. The Trump Administration made this a particularly notable point in its numerous economic and political conflicts with China. The Biden administration has continued with the policies.

Examples include Luckin Coffee Inc., a Chinese chain, that was listed on the Nasdaq. After it was reported the company intentionally falsified a significant amount of its 2019 revenue, it was delisted. Congress, in a bipartisan move, implemented efforts to force U.S.-listed companies based in China and Hong Kong to allow inspections.

Based on the Holding Foreign Companies Accountable Act (HFCAA), the SEC began publishing its “provisional list” of companies that were not complying. China’s new draft guidelines are a signal the country is taking the problem seriously, and a top official from the China Securities Regulatory Commission (CSRC) called for fast implementation of the new rule.

In addition to audit access, the HFCAA requires foreign companies to disclose if they are government-controlled. The SEC also requires investors to be provided more information about shell companies, so-called “variable interest entities” (VIEs) that Chinese companies create to list stock in New York. Since July 2021, the SEC has refused new stock listings from China.