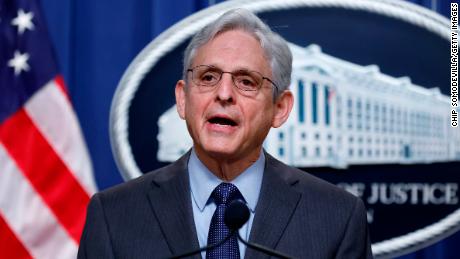 The Department of Justice under the administration of President Joe Biden has not exactly won a lot of praise. Now, according to lawyer and POLITICO columnist Ankush Khardori, they are failing their biggest test yet – a clear inability and incapacity to enforce the law when it comes to the widespread pandemic stimulus frauds which have sapped US taxpayers over the past two years.

Writing in Politico, Khardori argues: “despite recently touted efforts, it may be too late for the department to prosecute the perpetrators of some of the costliest forms of this criminal conduct.”

In the early months of the pandemic, Attorney General William Barr and his senior advisers decided to focus on fraud in the Paycheck Protection Program but largely ignored other forms of fraud — particularly pandemic-related consumer fraud and unemployment fraud that were evident in real time. The PPP prosecution initiative has since generated a lot of work for prosecutors, but it was rolled out by the department in the sort of ham-handed fashion that was routine during the Trump years — first with suggestions of computer-driven investigations that threatened to ensnare many small businesses that were struggling to understand and navigate the PPP’s requirements. Within days, the Treasury Department had to clear up the confusion by clarifying the program’s requirements and the sort of conduct that should attract the government’s attention.

Also, in March 2020, during one of the quickly-infamous daily White House Covid press conferences at the time, Barr announced that the department was creating a task force to crack down on supposedly widespread “hoarding” and “price-gouging” concerning personal protective equipment. The premise was a politically convenient one at the time, since the administration was coming under attack for its own incompetence at accumulating PPE in the early months of the pandemic. Despite the hype, the task force ultimately produced very little — fewer than 20 prosecutions, a DOJ spokesperson told me in the final weeks of the administration — and it appears to have been quietly dismantled at some point, with no public acknowledgment or accounting of its work.