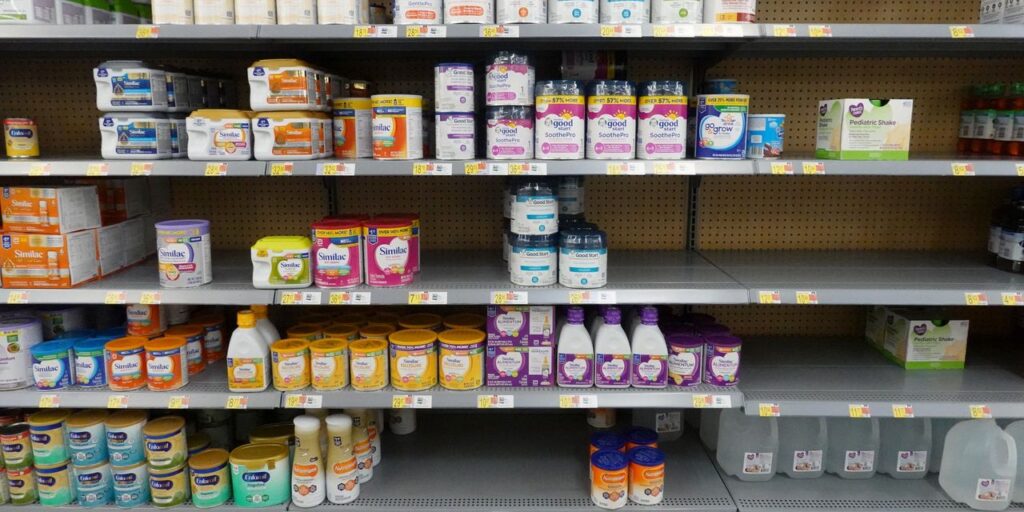 Food and Drug Administration Commissioner Robert Califf said Monday that the agency will investigate why it took so long to dispatch inspectors to the Abbott Nutrition baby formula plant in Michigan.

In an interview on NBC’s “Today” show, anchor Savannah Guthrie said that the FDA received the first report in September about a sick baby whose infection was allegedly linked to baby formula produced at the plant in Sturgis, Michigan. A detailed whistleblower report about alleged safety lapses at the plant came out in October, but the FDA didn’t send inspectors to the facility until January.

Asked if the FDA was too slow to respond, Califf said, “We always want to be as fast as we can possibly be while also being diligent, remembering, as shown by this example, that if we didn’t close the plant, then we have a supply shortage, so we have to get this right.”

He continued, “There will be a full investigation of the timeline, and we’ll do everything possible to correct any errors in timing that we had so that we don’t repeat any mistakes that may have been made.”

Califf said that parents should hear an announcement from Abbott “very soon” about the path forward on the baby formula shortage, and he suggested that the company will announce plans to reopen the plant within the next two weeks.

“That’s entirely within the realm of possibility and, in fact, I think quite likely,” he said.

Califf rejected the prediction made by the CEO of formula maker Perrigo that the shortage will last through the end of the year, saying that the FDA is taking a number of measures to increase production and could move to import products.

Currently, the U.S. does not import baby formula from abroad, but Califf said there could be an announcement about a change in that policy on Monday.

“Remember that formula intended for other countries may be labeled in a language which is not the language that is needed for the instructions for mothers and other caretakers to mix up the formula,” Califf said. He added that the FDA has to test the formula to ensure it’s safe and contains the correct ingredients. “But I really expect by the end of the day, we’ll have an announcement on that path forward,” he said.

The Biden administration has come under fire for the formula shortage, which has worsened since the Abbott plant in Michigan was shut down in February. The FDA investigated the facility after four infants who drank its formula contracted bacterial infections and became hospitalized. The infections may have also contributed to the deaths of two babies, the agency said.

Abbott has said that it conducted a thorough review and found “no evidence” linking their baby formulas to the illnesses.