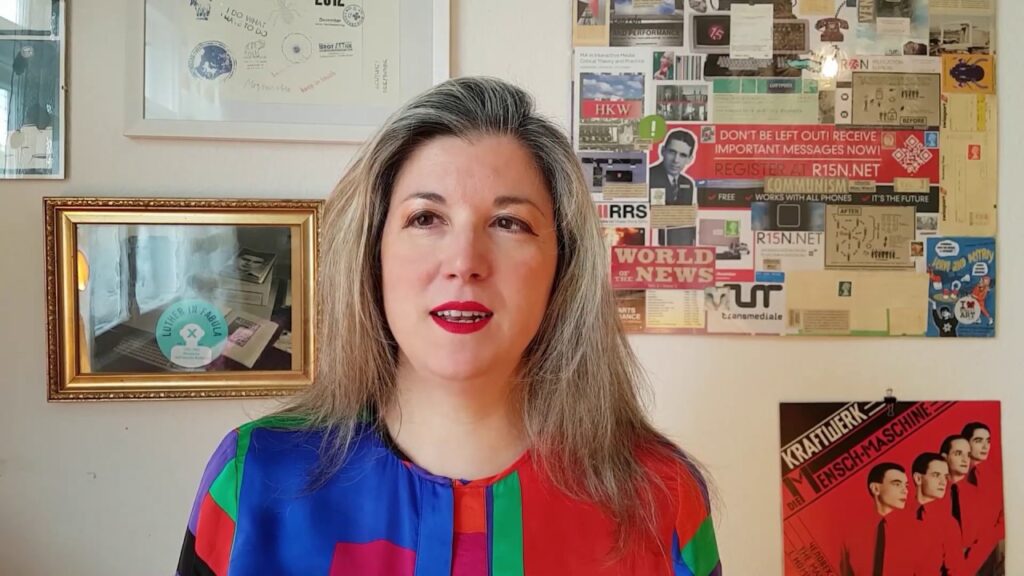 Whistleblowers, either portrayed as champions or monsters, have entered the worldwide mainstream culture as a result of characters such as Julian Assange, Chelsea Manning, and Edward Snowden, as well as journalistic or cinematic exposure. But what exactly is the real life of whistleblowers like, and what drives them to give up their personal lives, professions, and occasionally their lives to uncover misuse of power?

Tatiana Bazzichelli was recently interviewed by Global Voices (GV). A Berlin-based writer, professor, activist, and founder of the Disruption Network Lab, a platform pushing for the confluence of human rights, technology, and the arts, to find some answers.

Bazzichelli has published “Whistleblowing for Change,” a free anthology of interviews and writings by whistleblowers and scholars from around Europe, Turkey, and the US.

Through thirty personal experiences written by whistleblowers, journalists, activists, artists, scholars, and critical thinkers, the book “Whistleblowing for Change” analyses whistleblowing as a developing political activity with the potential to inspire social change.

Given the extraordinarily high personal cost that most whistleblowers face Bazzichelli discussed the motivation of a whistleblower to publicly criticize injustice. She stated that blowing the whistle is a public and personal act. However, it is more about pursuing justice. To report the detrimental activity to society. She claims that knowing the persons individually involved is necessary for comprehending the broader significance of whistleblowing.

As a result, whistleblowers are hounded, disregarded, and ostracised, and harsh measures are taken against them. Producing “proof” and releasing information of public relevance from within the systems is not always viewed positively. Anyone who discloses unlawful activity and illicit dealings is a traitor. This creates an environment of fear and bullying, and fewer people are motivated to encourage whistleblowers. She suggests demystifying the act of blowing the whistle, better educating the public on its significance, and demonstrating how this daring choice is assisting society in becoming juster.

When prompted with the question can movies, activism, and testimonies change the narrative about whistleblowers being perceived as traitors, Bazzichelli said “I would like to mention the work of great film directors such as Sonia Kennebeck, that directed the film “United States vs. Reality Winner” — the story of 25-year-old NSA contractor and whistleblower Reality Winner — and the film “National Bird,” that focused on the US drone program through the personal perspectives of whistleblowers and survivors of drone strikes in Afghanistan; or the Italian film “Never Whistle Alone” by Marco Ferrari, that gives an insight into the phenomenon of retaliation that whistleblowers experience in the workplaces after speaking out”.

Eventually, towards the end of her interview, she suggested how Whistleblowing should be treated as a Civil Right & how the book’s central thesis is to connect whistleblowing to disruptive activities as an intervention that challenges closed systems from within and alters the normal state of things in order to provoke change.

“Whistleblowing for Change” can be downloaded for free: here.