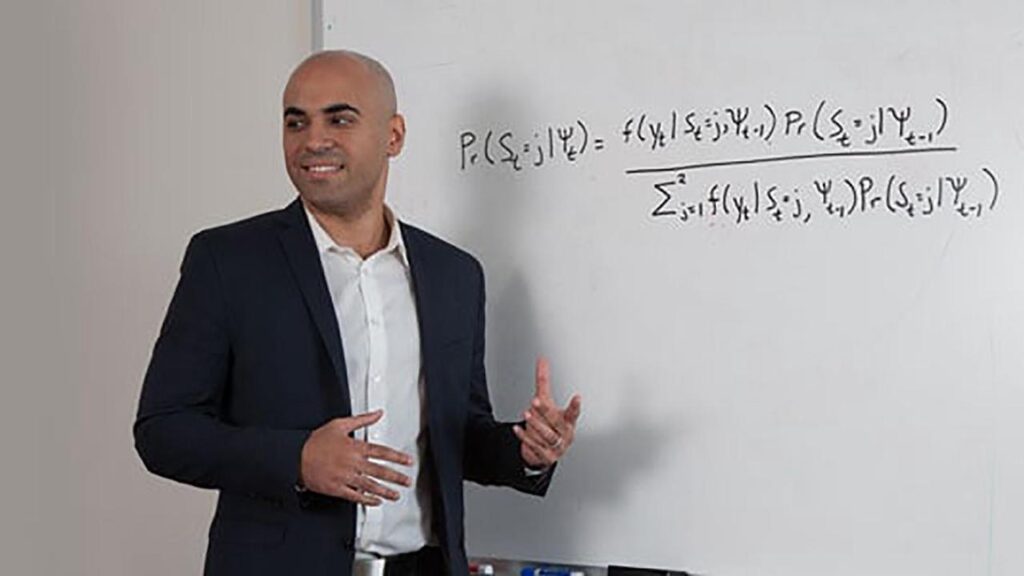 The Securities and Exchange Commission today charged James Velissaris, the former Chief Investment Officer and founder of Infinity Q Capital Management, with overvaluing assets by more than $1 billion while pocketing tens of millions of dollars in fees, according to a government press release.

The SEC’s complaint alleges that, from at least 2017 through February 2021, Velissaris engaged in a fraudulent scheme to overvalue assets held by the Infinity Q Diversified Alpha mutual fund and the Infinity Q Volatility Alpha private fund. According to the complaint, Velissaris executed the overvaluation scheme by altering inputs and manipulating the code of a third-party pricing service used to value the funds’ assets. Velissaris allegedly collected more than $26 million in profit distributions through his fraudulent conduct and without disclosing his activities to investors.

“We allege that, while Velissaris marketed the mutual fund as a way for retail investors to access investment strategies typically reserved for high net worth clients, what he actually offered them were fraudulent documents, altered performance results, and manipulated valuations,” said Gurbir S. Grewal, Director of the SEC’s Division of Enforcement. “This case affirms our commitment to using all our tools to root out misconduct in the $18 trillion private fund arena, a growing market attracting more and more institutional investors, including public pension funds, university endowments, and charitable foundations.”

“We allege that Velissaris, in an attempt to cover up his scheme, sought to actively deceive the staff by creating backdated minutes of valuation meetings that never occurred and altering documents that described Infinity Q’s valuation policies,” said Adam S. Aderton, Co-Chief of the SEC’s Asset Management Unit. “We also allege that Velissaris sent forged term sheets to the auditor of the mutual fund and the private fund.”

The SEC also alleges that, by masking actual performance, Velissaris sought to thwart redemptions by investors who likely would have requested a return of their money had they known the funds’ actual performance, particularly in the volatile markets in the wake of the COVID-19 pandemic. The complaint alleges that at times during the pandemic, the funds’ actual values were half of what investors were told.

In February 2021, Velissaris was removed from his role with Infinity Q after SEC staff confronted the firm with information suggesting that Velissaris had been adjusting the third-party pricing model. Several days later, at Infinity Q’s request and to protect shareholders, the Commission issued an order (Investment Company Act Rel. No. 34198 (Feb. 22, 2021)) to suspend redemptions of the mutual fund.

The SEC’s complaint, filed in the U.S. District Court for the Southern District of New York, charges Velissaris with violating antifraud and other provisions of the federal securities laws. The complaint seeks permanent injunctive relief, return of allegedly ill-gotten gains, and civil penalties. The SEC also seeks to bar Velissaris from serving as a public company officer and director.

The SEC’s ongoing investigation is being conducted by David H. Tutor and Brian Fitzpatrick of the Asset Management Unit, Joshua Brodsky of the Complex Financial Instruments Unit, and Kerri Palen of the New York Regional Office. It is being supervised by Andrew Dean of the Asset Management Unit and Osman Nawaz of the Complex Financial Instruments Unit. The litigation will be led by Mr. Tutor and Preethi Krishnamurthy. The SEC’s Division of Investment Management’s Analytics Office initiated a parallel examination of Infinity Q. The examination was conducted by Jon Hertzke, Kenneth O’Connor, Luis Casais, and Timothy Husson. Additional assistance to the investigation and examination was provided by Daniel Gallagher, David Bartels, Janet Grossnickle, Jennifer Sawin, Jenson Wayne, and Alexander Bradford of the SEC’s Division of Investment Management; Ethan Coombs of the SEC’s Division of Trading and Markets; and Dennis Hamilton of the SEC’s Division of Economic and Risk Analysis. The SEC acknowledges the assistance and cooperation of the U.S. Attorney’s Office for the Southern District of New York, the FBI, and the CFTC.