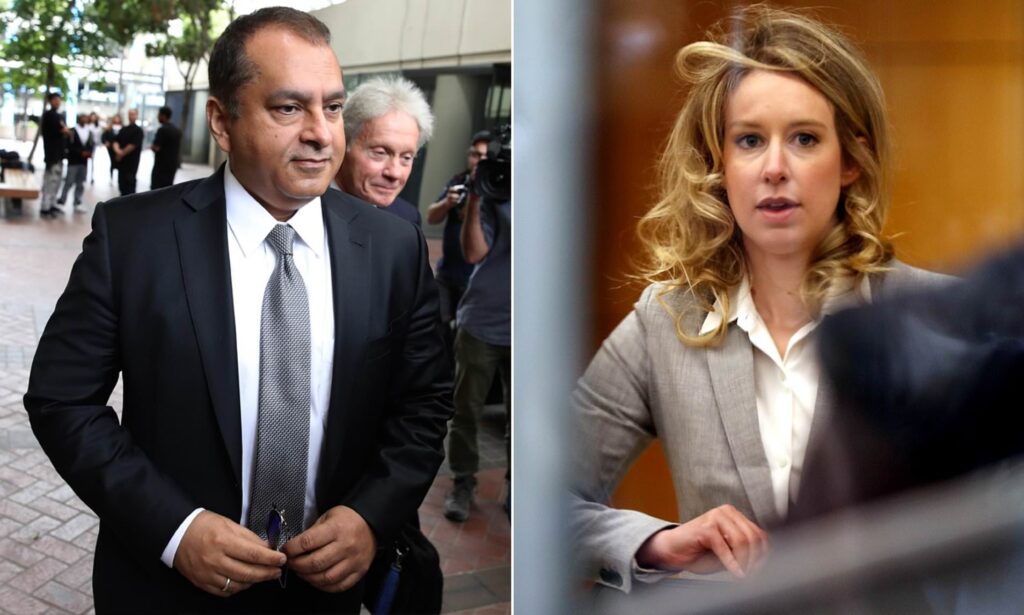 As the Silicon Valley case nears a conclusion, government attorneys in Ramesh “Sunny” Balwani’s criminal-fraud trial presented their closing arguments to the jury. Balwani is the former second-in-command of Theranos Inc.

Balwani, 57, began dating Holmes, now 38, around the same time she dropped out of Stanford University in 2003 to found her startup. He helped Holmes behind the scenes until 2010 when he became Theranos’ chief operating officer while he was living with Holmes. The couple broke up in 2016 as Theranos began to collapse amid revelations about serious problems with Theranos’ technology that they had concealed from investors and patients.

Prosecutors have portrayed Balwani as a ruthless accomplice who helped Holmes swindle investors. At one point Balwani oversaw the Theranos lab that covered up serious flaws in the company’s blood-testing technology that could have jeopardized the lives of patients.

Holmes’ bold claims for Theranos helped make her a Silicon Valley star — a rich one, too, with a paper fortune of $4.5 billion based on the company’s success in fundraising and brokering business deals based on Holmes’ promise that Theranos would revolutionize health care. Holmes boasted the company had developed a technology that could scan for more than 200 potential health problems with a few drops of blood taken with a finger prick.

Since he oversaw Theranos’s laboratory and was aware of the company’s numerous issues with test accuracy and reliability—firing employees who raised concerns—Mr. Balwani, the company’s longtime president and chief operating officer of the now-defunct blood-testing startup, had full knowledge of the fraud he was committing.

According to Mr. Schenk, Mr. Balwani willingly worked with Theranos CEO Elizabeth Holmes, who was also his girlfriend of more than ten years, to defraud investors and patients in an effort to save the failing firm. He achieved this, according to Mr. Schenk, by misrepresenting the company to investors and approving marketing materials that promoted Theranos tests as accurate despite his knowledge that they were anything but.

“Theranos was running out of money and Mr. Balwani had a choice to make,” Mr. Schenk told the jury. “He could watch Theranos fail. He could watch his girlfriend’s business collapse or he could pursue a different path.” And that path was a fraud because Theranos “would not generate any revenue by being honest with people,” Mr. Schenk said.

Mr. Balwani, 57 years old, faces 12 counts of wire fraud and conspiracy to commit wire fraud. Ms. Holmes, who was Theranos’s founder, was convicted in January of four counts of fraud. She awaits sentencing in September. The pair were indicted together in June 2018, three months before the company dissolved, but U.S. District Judge Edward Davila ordered the trials severed in March 2020.

The trial of Mr. Balwani, which has been hampered by delays due to the pandemic that is afflicting jurors and other trial participants, ends 13 weeks after it began. 24 witnesses, including former workers, researchers, investors, and patients, were called by the government to testify.