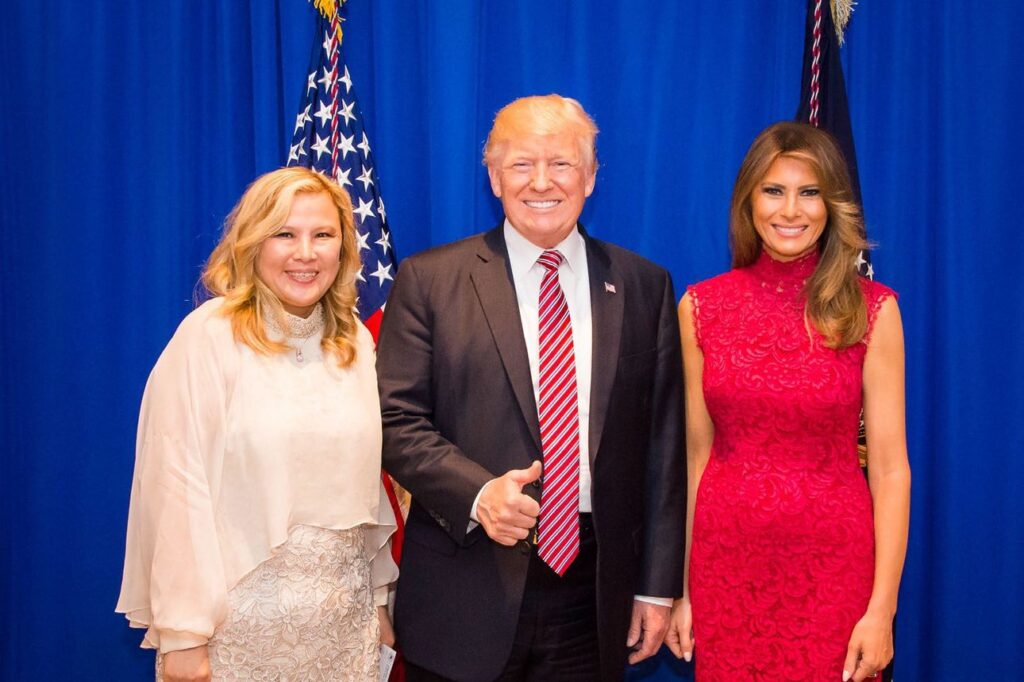 Two are accused of utilizing the money of foreign nationals to make political donations in order to gain access to then-President Trump and others.

Sherry Xue Li and Lianbo Wang, business partners, are accused of arranging to make hundreds of thousands of dollars in donations in their own names using money from foreign nationals, many of whom were Chinese. According to a criminal complaint filed by federal prosecutors in Brooklyn, the defendants hid the source of contributions to U.S. candidates and political parties.

Foreign nationals are prohibited from making campaign contributions in US elections under US campaign finance legislation. It is also prohibited to make a donation with the money of another person.

According to the complaint, some of Ms. Li and Mr. Wang’s contributions went to a joint fundraising account for the Republican National Committee and Mr. Trump in order for the defendants to send foreign nationals as guests to a 2017 event where they posed for photos with Mr. Trump.

The complaint makes no allegations of wrongdoing against Mr. Trump or other lawmakers.

Ms. Li, 50, and Mr. Wang, 45, were detained in Long Island on Monday morning, according to the Brooklyn U.S. Attorney’s Office, which charged them with wire fraud, money laundering, and conspiracy to defraud the United States. On Monday afternoon, they appeared in federal court in Brooklyn for the first time.

Mr. Wang’s lawyer declined to comment. Ms. Li’s counsel did not respond to a request for comment.

The RNC and Mr. Trump’s spokeswoman did not reply to demands for comment.

Federal prosecutors allege that Ms. Li and Mr. Wang made the political contributions as part of a nearly decade-long real-estate fraud in which more than 150 investors contributed $27 million. According to prosecutors, the two siphoned off the investors’ money to fund their own expenses, including housing, jewelry, and travel, as well as to make gifts.

According to the criminal complaint, investors were told their money would go toward a private educational institution that Ms. Li and Mr. Wang planned to construct, establish, and administer in New York.

Prosecutors claimed that many of the alleged victims were convinced to invest in the fraud because the defendants promised them green cards under the EB-5 program, which permits foreigners to apply for green cards after investing in U.S. firms that create jobs.

Prosecutors claimed that Ms. Li and Mr. Wang deceived investors about the project’s progress and falsely indicated that it had the approval of government officials. According to authorities, promotional materials distributed to prospective investors contained images of Ms. Li, the project’s president, with notable officials.