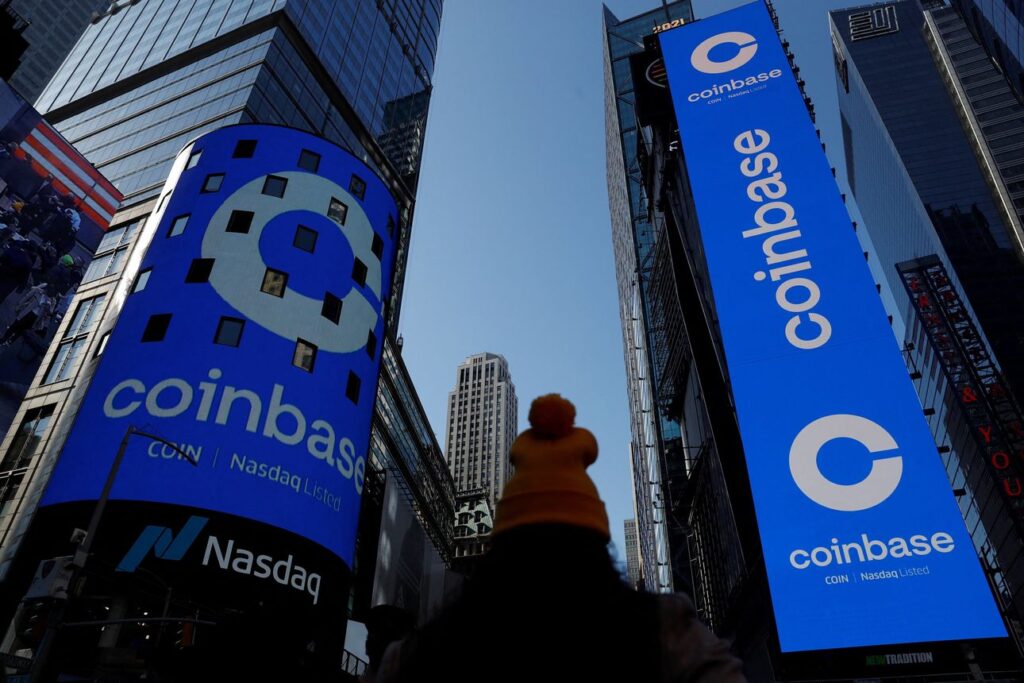 Federal investigators filed the first-ever cryptocurrency insider-trading lawsuit, charging a former Coinbase Global Inc. COIN manager of passing private information to his brother and a friend and foreshadowing in a companion case an aggressive new campaign to control digital currencies.

Prosecutors in Manhattan  https://www.sec.gov/charged the three individuals with wire fraud, and the Securities and Exchange Commission filed a civil complaint against them, alleging that nine cryptocurrencies, including seven now available on Coinbase, are unregistered securities.

The SEC’s designation of digital tokens as unregistered securities could have far-reaching consequences for the cryptocurrency industry, exposing Coinbase and other platforms to new legal and regulatory obligations.

According to an indictment released in federal court in Manhattan, Ishan Wahi, a former Coinbase product manager, his brother Nikhil Wahi, and his buddy Sameer Ramani made around $1.5 million in unlawful profits.

“Our message with these allegations is clear: fraud is a fraud, whether it occurs on the blockchain or on Wall Street,” said U.S. Attorney for the Southern District of New York Damian Williams.

Ishan Wahi’s lawyers claimed the charges were without merit. “Ishan Wahi is innocent of all wrongdoing and intends to forcefully defend himself against these claims and in the SEC lawsuit,” attorneys Andrew St. Laurent and Marc Axelbaum stated.

Prosecutors, according to Priya Chaudhry, are trying to criminalize harmless action “because they are looking for a scapegoat because so many people have lost money in bitcoin recently.”

Mr. Ramani’s lawyer could not be located.

Coinbase stated on its blog that it initiated an investigation into the three guys and gave information about them to the Justice Department. Ishan Wahi was also sacked, according to the platform.

“This type of unlawful behavior is taken very seriously at Coinbase,” said Paul Grewal, the company’s chief legal officer. “We will not tolerate it.”

According to Mr. Grewal, Coinbase invests substantially in systems and regulations to prevent employees from misusing confidential information, such as asset-listing plans.

Prosecutors claimed that Ishan Wahi, who worked on Coinbase’s asset-listing team, had advanced knowledge of the scheduling and public announcements of assets the exchange planned to list. According to the indictment, he was one of a small number of employees who belonged to a private message channel used to negotiate launch dates and schedules.

According to the accusation, beginning in June 2021, the three defendants utilized their private knowledge to conduct trades ahead of at least 14 Coinbase public-listing announcements. Prosecutors claimed the men camouflaged their transactions with a web of cryptocurrency accounts and anonymous digital wallets.

Some of the trades were scrutinized by the public. Prosecutors claimed that in April, a Twitter account well-known in the crypto community highlighted the acquisition of hundreds of thousands of tokens around 24 hours before they were named in a public-listing notification. Later that month, Coinbase announced that it was looking into whether someone within the business had released secret corporate information.

Prosecutors said that on May 11, the exchange’s security-operations director emailed Ishan Wahi, inviting him to an in-person meeting. According to prosecutors, Mr. Wahi purchased a one-way ticket to India for the next day the day before the encounter. They claimed that Mr. Wahi called and texted his brother and Mr. Ramani about Coinbase’s inquiry before the flight took off.

The SEC allegations are likely to increase the pressure on Coinbase, which had previously acknowledged that the company was under SEC investigation. Gary Gensler, SEC Chair, has stated that he intends to pursue enforcement proceedings against crypto-trading platforms that promote trade in unregistered securities.

Coinbase challenged the SEC’s findings and chastised the agency for intervening in the matter.

Coinbase’s top legal officer, Mr. Grewal, stated that the company has no intentions to withdraw the cryptocurrency from its trading platform.

“We have carefully analyzed these assets in anticipation of our offering,” he said, declining to divulge the firm’s legal analysis.

The SEC applied legal criteria set by the Supreme Court in the 1940s to each of the cryptocurrencies it claimed to be securities. According to the commission, the tokens were all offered and sold to investors by issuers looking to generate funds. The issuers and proponents of the offerings boasted about the possible profits that investors may make from the assets based on the efforts of others.

“Those realities affirm that a number of the crypto assets at issue were securities, and, as alleged, the defendants engaged in typical insider trading,” SEC enforcement chief Gurbir Grewal said.