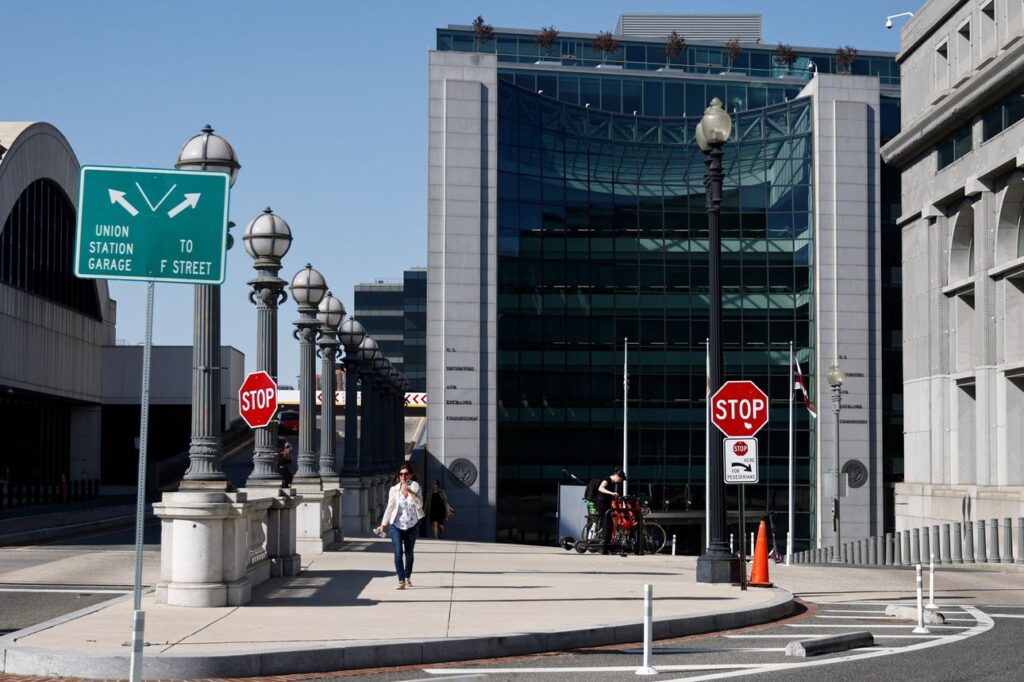 Regulators are working to reverse a decades-long shift away from central clearinghouses in the market for US government debt, as part of a larger push to make the financial system safer.

On Wednesday, the Securities and Exchange Commission proposed a regulation that would require additional market players to settle trading in US Treasury securities through clearinghouses. Such platforms lie between buyers and sellers of securities and act as an alternative to bilateral transactions, lowering the risk that the other party may fail to deliver.

According to an outside assessment, only 13% of deals in US Treasury securities were centrally cleared in 2017. He claims that in the 1990s, the ratio was far greater. SEC authorities declined to go further.

U.S. government debt is considered to be among the world’s safest assets, and the $24 trillion market in Treasury securities is central to the smooth functioning of the financial system. Erratic moves in Treasury yields can quickly affect the interest rates that consumers pay on mortgages or car loans.

“In terms of resiliency, I think this is a critical piece,” Mr. Gensler told reporters in a video call. The proposal advanced Wednesday will be open to public comment for at least two months before the SEC decides whether to finalize the rule.

Some financial firms have raised concerns about the idea of increased use of clearinghouses.

“While clearing could theoretically bring new, smaller participants into the Treasury market, it could just as easily discourage participants from entering the market since clearing increases costs, compliance burdens, and operational complexity,” Pimco said in a recent analysis. Officially known as Pacific Investment Management Co., the firm is one of the world’s largest managers of fixed-income assets.

Meanwhile, supporters of central clearance argue that it is a hub-and-spoke architecture that replaces a complex web of bilateral ties. Because a market participant’s exposure to one firm may be offset in part by that firm’s link with another counterparty, clearinghouses, according to the SEC, can minimize the overall amount of collateral required throughout the system.

In times of market stress, two firms trading directly with one another may be concerned about their counterparty’s solvency and boost margin requirements. According to Mr. Gensler, this can cause liquidity to dry up and exacerbate market downturns.

The rule proposed Wednesday, among other things, would require Treasury trades by so-called interdealer brokers—companies that bring together several buyers and sellers and function as a counterparty for transactions—to be centrally cleared.

“I want to take off the table that we have to worry about—in the next stress time—these interdealer brokers,” Mr. Gensler told reporters. A spokesman for one of the largest interdealer brokers, U.K.-based TP ICAP Group PLC, said “we will review the proposed rule changes and participate in the consultation.”

The proposal would also require more Treasury trades by hedge funds to be settled on clearinghouses, a provision that garnered pushback from the industry’s main trade association.

“We are concerned about the approach of arbitrarily singling out hedge funds for mandatory central clearing, which could impact market competition and lead to increased costs borne by institutional investors,” said Bryan Corbett, president of the Managed Funds Association.

Central bankers and other regulators have expressed worry that the Treasury market has a number of flaws that have resulted in periods of financial volatility in recent years. The most recent occurred in March 2020, when a rush for cash by worldwide investors in response to the coronavirus epidemic compelled the Federal Reserve to buy hundreds of billions of dollars in Treasurys in order to avert a larger disaster.

A committee of central bankers, financiers, and academics issued a study last year with ten proposals for policymakers to make the Treasury market more robust. One of the suggested solutions was to make better use of central clearinghouses.

One of the other recommendations, a “standing repo facility” to supply liquidity to Wall Street banks and foreign central banks, was implemented by the Federal Reserve.