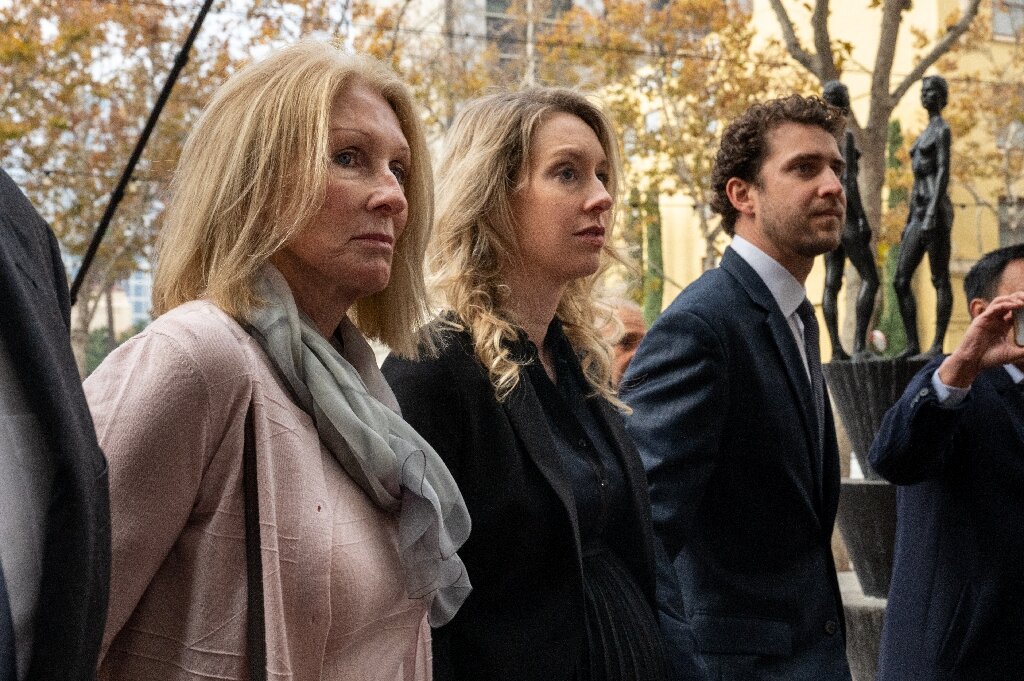 Elizabeth Holmes, the founder of Theranos, was given 11 years and three months jail sentence on Friday by a federal judge for cheating investors in her now-defunct blood-testing firm, which had a $9 billion valuation at one point.

After a jury found Holmes, 38, guilty of three counts of investment fraud and one count of conspiracy last January after a three-month trial, U.S. District Judge Edward Davila sentenced her in San Jose, California. The defense wanted the judge to impose no prison term, while the prosecution had asked for a sentence of 15 years in jail.

Holmes, who was wearing a dark top and a black skirt, embraced her partner and parents when the verdict was announced.

During the sentencing hearing, Holmes cried as she said she was “devastated” by her failures and would have done many things differently if she had the chance.

“I have felt deep shame for what people went through because I failed them,” Holmes said.

Before handing down the sentence, Davila called the case “troubling on so many levels,” questioning what motivated Holmes, a “brilliant” entrepreneur, to misrepresent her company to investors.

“This is a fraud case where an exciting venture went forward with great expectations only to be dashed by untruths, misrepresentations, plain hubris, and lies,” the judge said.

Her attorneys are anticipated to persuade the judge to grant her request to remain free on bail throughout her anticipated appeal. They intend to challenge the judge’s rulings upholding Holmes’ conviction and imprisonment at the 9th U.S. Circuit Court of Appeals in San Francisco.

Davila was informed at the hearing by Assistant U.S. Attorney Jeff Schenk that a 15-year sentence would “make a statement that the ends don’t justify the means.”

Kevin Downey, Holmes’ attorney, requested home confinement and argued that she should get away with it since, unlike someone who committed a “big crime,” Holmes was not driven by money.

According to court documents, the federal probation agency had suggested a 9-year prison term.

The term for Holmes, according to U.S. Attorney Stephanie Hinds, “reflects the audacity of her huge fraud and the staggering damage she did.” As he exited the court, Downey chose not to speak.

Holmes allegedly misrepresented Theranos’ technology and finances throughout the trial, including by asserting that their miniature blood testing device could perform a variety of tests using just a few drops of blood, according to the prosecution. Prosecutors said that the business used covertly purchased standard machines from other businesses to do patients’ tests.

In her testimony in her own defence, Holmes stated that she had thought her claims to be true at the time.

She was found guilty on four counts but exonerated on four others that accused her of defrauding Theranos test-paying customers.

By replacing traditional labs with portable devices intended for use in homes, pharmacies, and even on the battlefield, Theranos Inc. claimed to change how patients obtain diagnoses.

In 2014, when Holmes was 30 and her stake in Theranos was valued at $4.5 billion, Forbes branded her the world’s youngest female self-made billionaire. After many Wall Street Journal articles questioned Theranos’ technology in 2015, the company shut down.

In September, actress Amanda Seyfried received an Emmy Award for her performance as Holmes in the television movie “The Dropout.”

Davila inquired if any of Holmes’ victims were there before imposing a sentence on her.

Alex Shultz, whose father, former U.S. Secretary of State George Shultz, invested in Theranos and whose son Tyler Shultz worked there, explained before the judge how a family member once heard Holmes describe her supposedly revolutionary technology.

“There is no hitch,” Holmes responded.