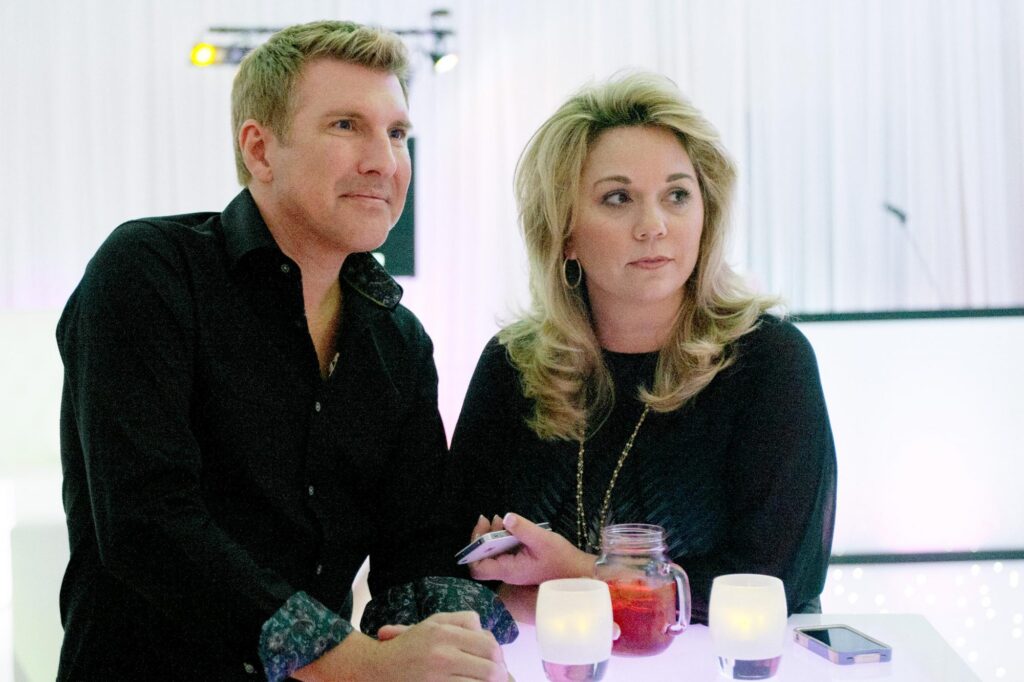 With their television program Chrisley Knows Best, which features their close-knit, rambunctious family, the Chrisleys rose to popularity. According to federal prosecutors, the pair ran a significant bank fraud operation before concealing their income from tax officials and flaunting their opulent lifestyle.

“The Chrisleys have built an empire based on the lie that their wealth came from dedication and hard work,” prosecutors wrote. “The jury’s unanimous verdict sets the record straight: Todd and Julie Chrisley are career swindlers who have made a living by jumping from one fraud scheme to another, lying to banks, stiffing vendors, and evading taxes at every corner.”

In a court document, Todd Chrisley’s attorneys had claimed that he shouldn’t spend more time behind bars than nine years. According to Julie Chrisley’s attorneys, probation with specialised requirements and no jail time would be a fair punishment for her.

According to prosecutors, the pair tricked banks into giving them loans totaling more than $30 million by using false documentation. When Todd Chrisley filed for bankruptcy, they walked away from their obligation to return the loans after that strategy failed. They began their reality programme while insolvent and “flaunted their wealth and lifestyle. to the American public,” prosecutors wrote, and then hid the millions they made from the show from the IRS.

The Chrisleys also submitted a false document to a grand jury that was investigating their crimes and then convinced friends and family members to lie under oath during their trial, prosecutors argued. Neither has shown any remorse and they have, instead, blamed others for their criminal conduct, prosecutors wrote.

“The Chrisleys are unique given the varied and wide-ranging scope of their fraudulent conduct and the extent to which they engaged in fraud and obstructive behavior for a prolonged period of time,” prosecutors said.

In a filing, Todd Chrisley’s attorneys claimed that the government never provided any proof that he intended to mislead the banks and that the loss figure determined was inaccurate. They added that the crimes were long ago committed, he has no significant criminal history, and he suffers from physical issues that “would make imprisonment unduly harsh.”

Additionally, his attorneys provided letters from friends and coworkers that demonstrate “a history of good deeds and desire to serve others.” They contended that Chrisley’s dependence on others, such as his mother and the other people employed by his television programmes, would suffer while he was behind bars.

They requested that the judge sentence him to supervised release after serving a prison term below the guideline range.

Julie Chrisley’s attorneys argued that she was not involved when the loans mentioned in the sentencing documents were obtained and that she had a small part in the conspiracy. Her attorneys requested a sentence of probation, restitution, and community service, noting that she has no prior convictions, contributes to her community, and has “exceptional family commitments.”

In addition to having full custody of Todd Chrisley’s son from a previous marriage, whose daughter is 10 years old, the Chrisleys have three children altogether, one of whom is 16 years old. According to the paperwork, Julie Chrisley is the main caretaker for her ill mother-in-law.

Additionally, her attorneys provided character witness letters praising her for being “stubbornly hard-working, consistently altruistic, dedicated to her family and friends, highly esteemed by everyone who know her,  and strong of character.”