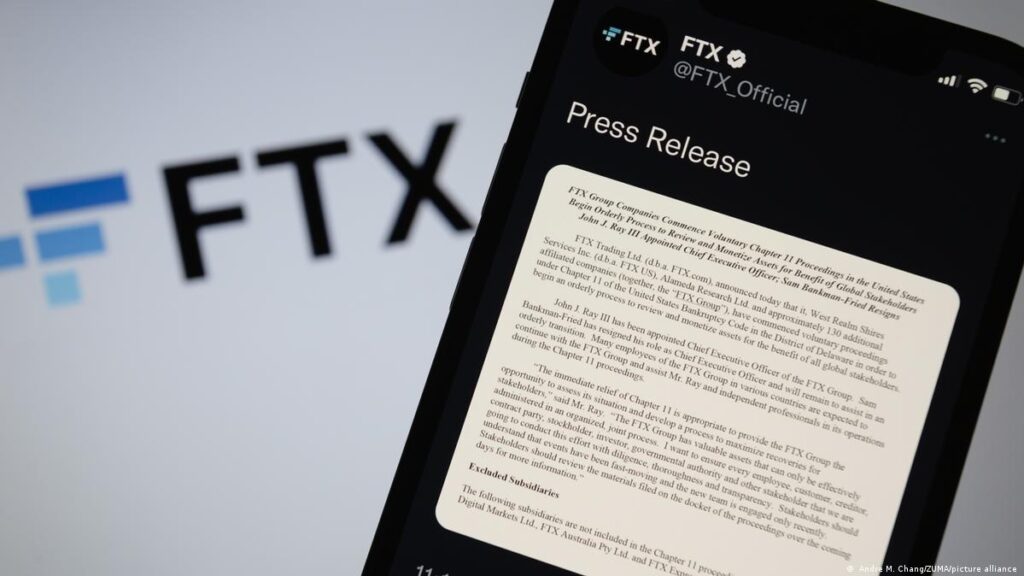 The probe focuses on potential securities-law violations by U.S. affiliate

Following its abrupt collapse this week, the Securities and Exchange Commission and Justice Department are looking into the cryptocurrency platform FTX, a source with knowledge of the situation said.

The company’s U.S. affiliate, FTX.US, which advertises numerous crypto tokens, is the subject of the SEC’s ongoing inquiry, which has been going on for months. According to agency officials, some of these assets and FTX’s financing product may be securities that, in accordance with U.S. law, should have been registered with the SEC before being sold to investors, the person said. If that is the case, then the company’s handling of customer assets might also violate laws governing U.S. exchanges.

“We will continue to do our job as a cop on the beat,” SEC Chairman Gary Gensler said in an event hosted on Wednesday by the Healthy Markets Association. “The runway is getting shorter for some of these intermediaries, I have to say.”

SEC officials have gotten in touch with business lawyers to ask for more papers about the connection between FTX.US and the parent company, which is domiciled in the Caribbean, as part of the broadened probe. They have also inquired into connections between Alameda Research, the trading company founded by FTX’s founder, and the cryptocurrency exchange.

Even before FTX’s difficulties this week, there was mounting pressure on American regulators to get cryptocurrency companies to abide by investor protection regulations. Over the past year, the market value of cryptocurrencies has decreased by more than $2 trillion, or two-thirds of their original worth, due to the failure of numerous token issuers, lending platforms, and investment vehicles.

“It’s past time that the SEC brought charges against these exchanges for facilitating the trading of unregistered securities,” said Dennis Kelleher, president of Better Markets, a group that advocates for oversight of the financial sector

Mr. Gensler has repeatedly demanded that trading platforms such as FTX register with his agency and follow the same regulations that apply to traditional stock exchanges. He and his deputies have vowed to proceed with enforcement campaigns if the firms don’t heed the call.

Like his Republican-appointed predecessor, Mr. Gensler has stated that the majority of cryptocurrency tokens fall within the definition of security, which is an investment made with the hope of profiting from the labor of a third party.

The title carries some heavy requirements. Securities issuers are required to submit regular disclosures regarding their business and financial status. Exchanges must maintain strict controls against market manipulation and publicly report transaction data. Brokers are obligated to maintain their clients’ assets separate from their own in the case of bankruptcy and to route their investors’ buy and sell orders to a trading venue that provides a fair price for a security.

These tasks are carried out by different organizations in the regulated securities market. But all of them are handled by crypto exchanges under one roof, creating potential conflicts of interest.

To comply with U.S. law, Mr. Gensler says, crypto platforms would have to segregate their broker-like activities from their exchange-like functions. But this would likely cut into their ability to profit from investors’ trades.
“And the intermediaries, so many of whom have hundreds of tokens on them…are noncompliant with the securities laws and noncompliant with the time-tested public policies,” Mr. Gensler said Wednesday.
There is little evidence his rhetoric has persuaded crypto firms to engage with the SEC. None have heeded his call to register.

Instead, Sam Bankman-Fried, the founder of FTX, has invested tens of millions of dollars in political campaigns and a significant amount of his own time in an effort to persuade American lawmakers to alter the laws that the SEC enforces. Rival Coinbase has often questioned Mr. Gensler’s approach to cryptocurrency and denied that it lists securities on its site.