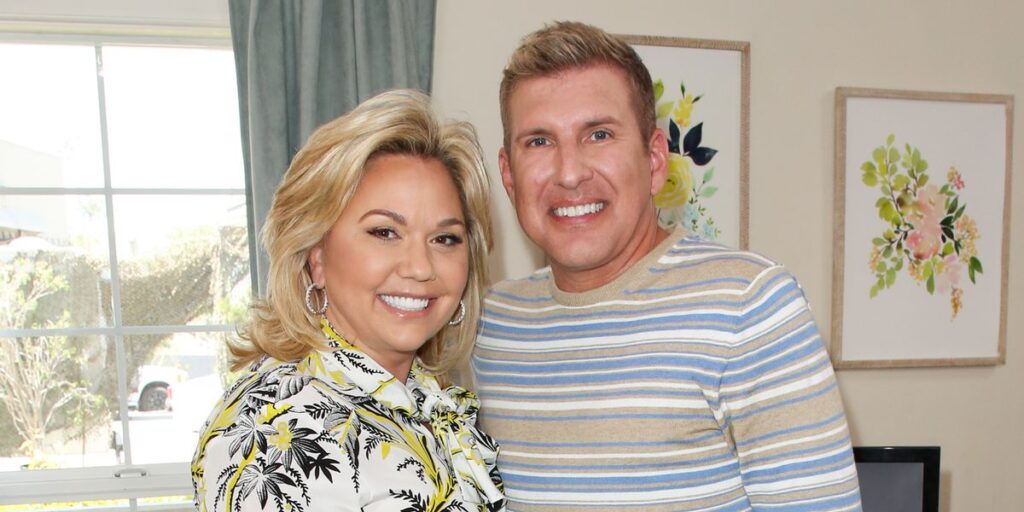 Prosecutors say the stars of “Chrisley Knows Best” submitted false documents to banks to get loans.

The Chrisleys were first charged in August of last year, and a second charge was brought in February of this year. According to the office of U.S. Attorney Ryan Buchanan in Atlanta, their trial began three weeks ago, and a jury convicted them guilty on Tuesday of conspiring to defraud community banks out of more than $30 million in bogus loans. Julie Chrisley was convicted of wire fraud and obstruction of justice, and they were also found guilty of conspiracy to cheat the IRS and tax evasion.

Todd Chrisley’s attorney, Bruce Morris, expressed disappointment with the conviction and stated that he plans to appeal.

The Chrisleys allegedly submitted forged documents to banks while requesting loans, according to prosecutors. When Julie Chrisley tried to rent a house in California, she allegedly filed a bogus credit report and fake bank statements.

Prosecutors claim they utilized a firm they owned to disguise revenue in order to prevent the IRS from collecting delinquent taxes owed by Todd Chrisley.

Peter Tarantino, an accountant hired by the couple, was found guilty of conspiracy to defraud the United States and willfully filing false tax returns, the U.S. attorney’s office in Atlanta said. He also remains free on bond.

Sentencing for all three is set for Oct. 6.

“Chrisley Knows Best” follows the tight-knit, boisterous Chrisley family. The series was just renewed by the USA for a 10th season, while spinoff “Growing Up Chrisley,” featuring Chrisley kids Chase and Savannah living in Los Angeles, was just renewed by E! for the fourth season.

The trial began in mid-May, just days after E! announced that it was moving forward with a new dating series, “Love Limo,” hosted by Todd Chrisley.

“As today’s outcome shows, when you lie, cheat and steal, justice is blind as to your fame, your fortune, and your position,” Special Agent Keri Farley, head of the FBI Atlanta, said in a news release. “In the end, when driven by greed, the verdict of guilty on all counts for these three defendants proves once again that financial crimes do not pay.”

Prosecutors claim that before becoming reality television stars, the Chrisleys and a former business partner submitted phony documents to Atlanta-area banks in order to collect millions of dollars in fraudulent loans. They allegedly spent lavishly on luxury automobiles, designer clothing, real estate, and travel, as well as taking out new fraudulent loans to pay off existing ones. Todd Chrisley then filed for bankruptcy, avoiding more than $20 million in loans, according to authorities.

Despite Todd Chrisley boasting on a radio show that he paid $750,000 to $1 million in federal income taxes per year, prosecutors said the pair failed to submit tax returns or pay taxes for numerous years.

According to authorities, Tarantino submitted two fake corporate tax returns for the loan-out company in 2015 and 2016, falsely claiming that it earned no money and made no distributions.

Prosecutors claim Julie Chrisley submitted a phony document in answer to a grand jury subpoena in order to make it appear like the Chrisleys didn’t mislead the bank when they transferred ownership of the loan-out company to her husband’s mother.