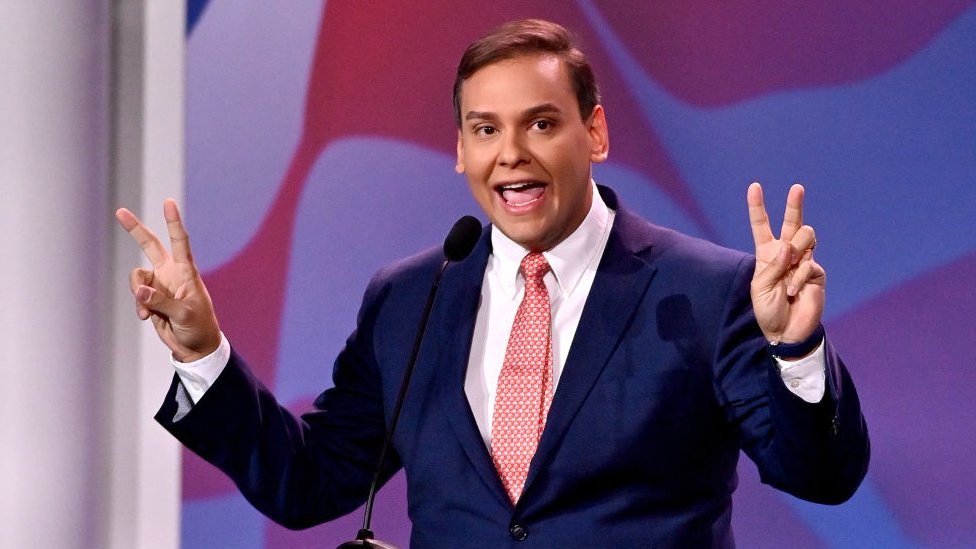 According to a report, incoming federal legislator George Santos now faces an inquiry outside of the United States, in addition to federal and local prosecutors’ investigations into the Long Island representative-elect.

Prosecutors in Brazil informed the New York Times on Monday that they aim to reopen a fraud case against Santos and will seek a formal response from him to charges stemming from a 2008 incident involving a stolen checkbook.

The case was put on hold more than a decade ago because authorities couldn’t find Santos, who has one of the highest profiles of any new freshmen representative due to the numerous lies he told throughout his successful campaign.

According to a spokeswoman for the Rio de Janeiro prosecutor’s office, Santos’  “whereabouts identified,” a formal request will be made to the US Justice Department to alert him to the charges. The case will then proceed with or without him and if he is convicted at trial, could face up to five years in prison, the Times reported.

The news comes just one day before Santos is sworn in as a member of Congress to represent Long Island’s North Shore towns. The Republican defeated Democrat Robert Zimmerman in November’s election, but the 34-year-old has been hounded by a laundry list of lies unearthed in recent weeks.

He admitted to The Post that he made up his life story after the New York Times reported last month that there was no evidence he worked at top-tier Wall Street firms or graduated from Baruch College.

According to court records, the criminal case in Brazil stems from charges that he purchased over $700 with a stolen chequebook and a false name at a clothes store in Niterói, near Rio de Janeiro, just before his 20th birthday.

In August 2009, he allegedly admitted fraud to the shop owner when he commented on a famous Brazilian social media site, “I know I screwed up, but I want to pay.”

Then, in 2010, he and his mother, who died in 2016, informed authorities that he stole a checkbook from a man his mother used to work for and used it to make the purchases, according to the New York Times.

A judge approved a charge filed in September 2011 and ordered him to respond, but Santos was already in the US by then, according to the Times.

Santos told The Post he is not a criminal when responding to the Times’ initial story that detailed his alleged fraud in Brazil.

“I am not a criminal here — not here or in Brazil or any jurisdiction in the world,” Santos said. “Absolutely not. That didn’t happen.”

A lawyer for Santos, Joe Murray, told the Times Monday, “I am in the process of engaging local counsel to address this alleged complaint against my client.”

Multiple investigations in the US into Santos are already underway.

The US Attorney’s Office for the Eastern District of New York is probing his finances, according to CBS News and CNN, as questions have come up about his mysterious spike in wealth.