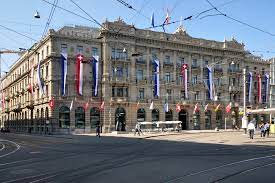 Swiss politicians will debate the future of the country’s controversial banking secrecy law this week, as it faces pressure from UN officials to scrap rules under which whistleblowers and journalists who report on potential wrongdoing can be prosecuted, according to a report in the Guardian.

A committee in Switzerland’s parliament could put forward proposals by Friday that would amend the banking secrecy law – known as article 47 – which makes it a criminal offence to disclose information about a bank’s clients, even if it is in the public interest to do so.

It comes amid mounting international pressure to repeal the law, including from the United Nations special rapporteur for freedom of opinion and expression, Irene Khan, who said article 47 violated international law and human rights. “This is normally a problem in authoritarian states,” she said.

Khan, who has written to the Swiss government on the matter, is planning to escalate her concerns regarding article 47 to the UN’s human rights council next month.

Her intervention following an investigation by a consortium of international media outlets, including the Guardian, into Switzerland’s second largest bank, Credit Suisse. The leak, which included data for 30,000 clients, revealed that the bank held accounts for individuals involved in torture, drug trafficking, money laundering, corruption, and other serious crimes, over decades.

However, Switzerland’s extreme banking secrecy laws meant that journalists who took part in the investigation, known as the Suisse secrets project, risked potential fines or even imprisonment. Swiss media could not take part as a result.

It prompted Khan to write to the Swiss government, demanding they explain how the laws aligned with the country’s commitment to human rights.

“The blanket protection of banking secrecy in Switzerland violates international law,” Khan told reporters from Tamedia and Der Spiegel, who were involved in the Suisse secrets project. She said Swiss banking secrecy laws were incompatible with two international conventions – article 19 of the international covenant on civil and political rights, and article 10 of the European convention on human rights – which together guarantee freedom of expression and the press.

“Switzerland has signed both and is obliged to uphold them,” she said.

Khan added that the Swiss government was “in a difficult position to explain why publishing information that could reveal financial crimes should be punished with up to three years in prison. Especially when journalists and whistleblowers point out real problems in a bank. The law should not criminalise that.”

Article 47 has existed since the early 20th century, but was expanded in 2015 to include third parties such as journalists and whistleblowers, after a number of cases where client data was shared with to foreign tax authorities. That famously included a CD of data from HSBC Private Bank Suisse that was subsequently accessed by journalists.

Supporters of the law have previously cited clients’ rights to privacy. However, Khan said: “Convicted criminals and politically exposed persons have a right to privacy but not when there is good ground to believe they may be involved in financial wrongdoing.”

Credit Suisse said in February that it could not comment on specific clients due to the same banking secrecy laws but “strongly rejects the allegations and inferences about the bank’s purported business practices”.
Credit Suisse responds to Suisse secrets disclosures
Read more

The special rapporteur said the Swiss government had since responded to her letter, first sent in March, claiming it was fully committed to freedom of expression and that no journalist had ever been prosecuted under the law, which they said was now under review.

A Swiss government spokesperson said they expected the full response to be published next week.

In the meantime, the Swiss parliamentary subcommittee on economy and taxes is to review article 47 and the findings from the Suisse secrets investigation from 5 May. The subcommittee could put forward a motion that could amend the law as early as Friday.

But barring a major overhaul, Khan will escalate the issue to the UN human rights council on 24 June. She plans to present officials with a new report on press freedoms that will “critically address” article 47 and the criminalisation of journalism that she says is typically observed in authoritarian regimes.

“Switzerland is a champion of human rights and press freedom, and participates actively in the UN human rights council. It has repeatedly denounced the actions of other countries against journalists. That is why it is important that Switzerland now reacts itself and changes such a problematic law. Switzerland must not only preach. It must also act,” she said.