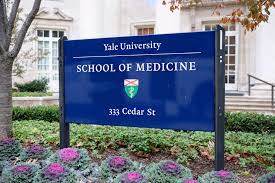 A former Yale School of Medicine administrator pleaded guilty this week to defrauding the university of $40 million in computer equipment that she had purchased and resold to pay for luxury vehicles, real estate and vacations, accoridng to a report published by the New York Times.

The administrator, Jamie Petrone, admitted that she had submitted thousands of purchase orders for computer devices and tablets that included Microsoft Surface Pros and iPads under the pretense that they were for medical studies, according to the F.B.I.

But in reality, investigators said, Ms. Petrone shipped the equipment to an out-of-state business in exchange for money, which was deposited into the bank account of a company that listed her as a principal.

When the authorities confronted her last year, they said, she admitted that the fraud scheme had continued for as long as a decade. She was arrested last September.

Ms. Petrone, 42, who was a lead administrator and director of finance and administration for the Department of Emergency Medicine at Yale University in New Haven, Conn., used the money to pay for a lavish lifestyle that federal prosecutors said included the purchase of three homes in Connecticut.

As part of a plea deal reached on Monday in federal court in New Haven, Ms. Petrone agreed to forfeit several luxury vehicles that included a Mercedes-Benz G-Wagon, Range Rover and Cadillac Escalade.

Her current home in Lithia Springs, Ga., is also subject to seizure and liquidation under the terms of the plea agreement, which calls for Ms. Petrone to pay restitution in the amount of $40 million to Yale.

Karen N. Peart, a spokeswoman for Yale, said in an email on Friday that the Ivy League school had alerted the authorities last year about evidence that it had of Ms. Petrone’s criminal activities, and that it had cooperated with the investigation.

“Since the incident, Yale has worked to identify and correct gaps in its internal financial controls,” Ms. Peart said.

By keeping the amount of individual purchase orders under $10,000, investigators said, Ms. Petrone was able to avoid an additional layer of review required by the university. In 2021, she arranged for the university to buy 8,000 iPads and Surface Pro tablets, according to a criminal complaint.

Ms. Petrone held various administrative positions at the Department of Emergency Medicine since 2008 and worked in other capacities at the university and Yale New Haven Hospital starting in 1999, according to court documents.

While she was under law enforcement surveillance last August, Ms. Petrone drove 94 boxes that had been loaded into the back of her Range Rover and contained new Surface Pro tablets from her office to a FedEx facility in Orange, Conn., near New Haven, investigators said.

In announcing the plea agreement, federal prosecutors said that Ms. Petrone had also evaded $6 million federal income taxes on her profits from the scheme, including filing several years of false tax returns.

On those tax returns, they said, she falsely claimed the costs of the stolen equipment as business expenses. For three years, Ms. Petrone failed to file any tax returns, according to prosecutors, who said that she had also agreed to pay restitution to the federal government for the unpaid taxes.

“Miss Petrone has accepted responsibility for her actions, and she looks towards sentencing,” Frank J. Riccio II, a lawyer for Ms. Petrone, said in an email on Friday.

Ms. Petrone pleaded guilty to one count of wire fraud and one count of filing a false tax return. She faces a maximum sentence of 23 years in prison. Based on federal sentencing guidelines, her sentence is more likely to be in the range of eight to 10 years, with a fine of $30,000 to $300,000, according to the plea agreement.

Ms. Petrone was released on $1 million bond until her sentencing, which is scheduled for June.