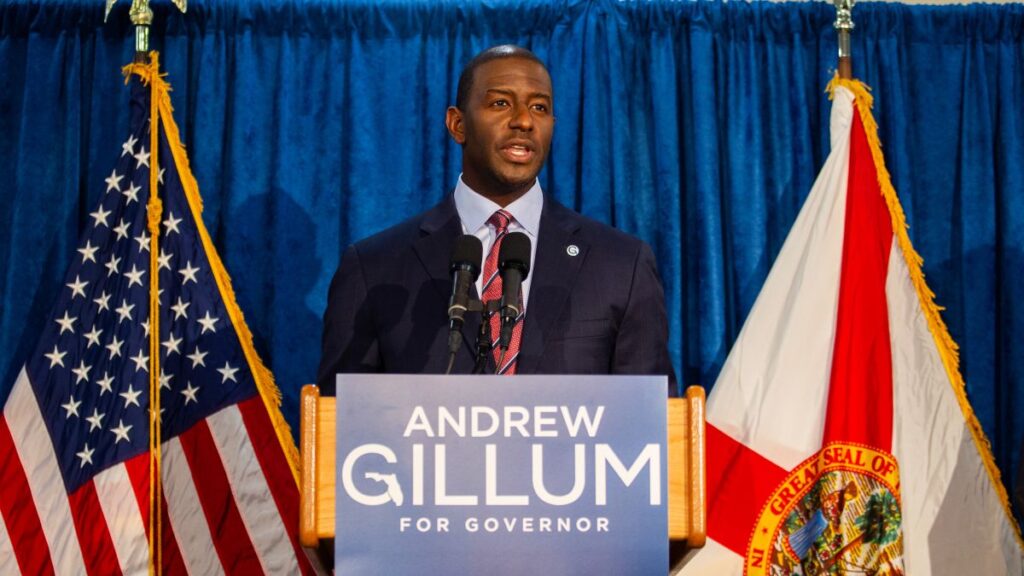 Gillum faces 21 federal charges related to a scheme to seek donations and funnel a portion of them back to him through third parties.

The U.S. attorney’s office revealed on Wednesday that Andrew Gillum, the Democratic candidate for governor of Florida in 2018, is facing 21 criminal charges in connection with a scheme to solicit funds and return a percentage of them to him through intermediaries.

According to a press release from the Department of Justice, Gillum, the former mayor of Tallahassee, and his mentor, Sharon Lettman-Hicks, were charged with defrauding “different companies” between 2016 and 2019. The Justice Department said the two allegedly diverted some of the money to a company controlled by Lettman-Hicks, who fraudulently disguised the funds as payroll payments to Gillum.

In a written statement, Gillum and his lawyers proclaimed his innocence. “I have spent the last 20 years of my life in public service and continue to fight for the people,” Gillum said. “Every campaign I’ve run has been done with integrity. Make no mistake that this case is not legal, it is political. Throughout my career, I have always stood up for the people of Florida and have spoken truth to power. There’s been a target on my back ever since I was the mayor of Tallahassee. They found nothing then, and I have full confidence that my legal team will prove my innocence now.”

It’s the most recent setback for Gillum, who just missed defeating Republican Gov. Ron DeSantis in a contest that required a recount.

Before deciding to run for governor, Gillum was mayor of Tallahassee.

In a hotel room in March 2020, Gillum and two other men—one of whom serves as a male escort—were discovered to be intoxicated and asleep. He checked into a rehab facility two days later and revealed his bisexuality in a later televised appearance.

The two are accused of conspiring to commit wire fraud on 19 charges. Each charge has a potential mandatory minimum sentence of 20 years. The maximum term for each of the two additional accusations of lying to investigators against Gillum is five years.

In 2016, when he was mayor, the FBI allegedly started to investigate the alleged conspiracy of Gillum and Lettman-Hicks and directed undercover investigators looking into corruption in the city to him. The two allegedly used his position as mayor, as a progressive activist, and later as a leading candidate for governor to swindle money from numerous individual donors and nonprofits, falsely representing themselves to be engaged in voter outreach or fighting for local government rights while taking the money — even after his campaign for governor had ended in 2018.