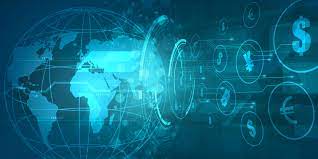 State regulators are taking the lead on cryptocurrency enforcement in the absence of a national approach to regulation, in some cases acting years before companies faced federal charges.

The situation could leave a patchwork of areas where crypto-companies are held accountable, according to observers, at least until federal rules are enforced and, in some cases, adopted. President Joe Biden’s executive order on digital assets this month, which instructs regulators to study the issue, means additional rules could be years away.

In a prominent example, the Justice Department obtained an indictment from a grand jury in February against Satish Kumbhani, an Indian national, for running an alleged crypto-based Ponzi scheme called BitConnect that defrauded investors of over $2 billion. Texas was on the case three years earlier, halting the company’s activity in January 2018.

In a second case, also in February, the Securities and Exchange Commission brought what Chair Gary Gensler described as a “first-of-its-kind action” against BlockFi Lending LLC for offering unregistered securities. It might have been a first for the agency, but six state regulators had taken action months earlier. Ultimately, the company agreed to pay $100 million to settle state and federal charges.

Texas has brought about 150 crypto-related enforcement actions in total, Joseph Rotunda, the director of the enforcement division of the State Securities Board, said in an interview.