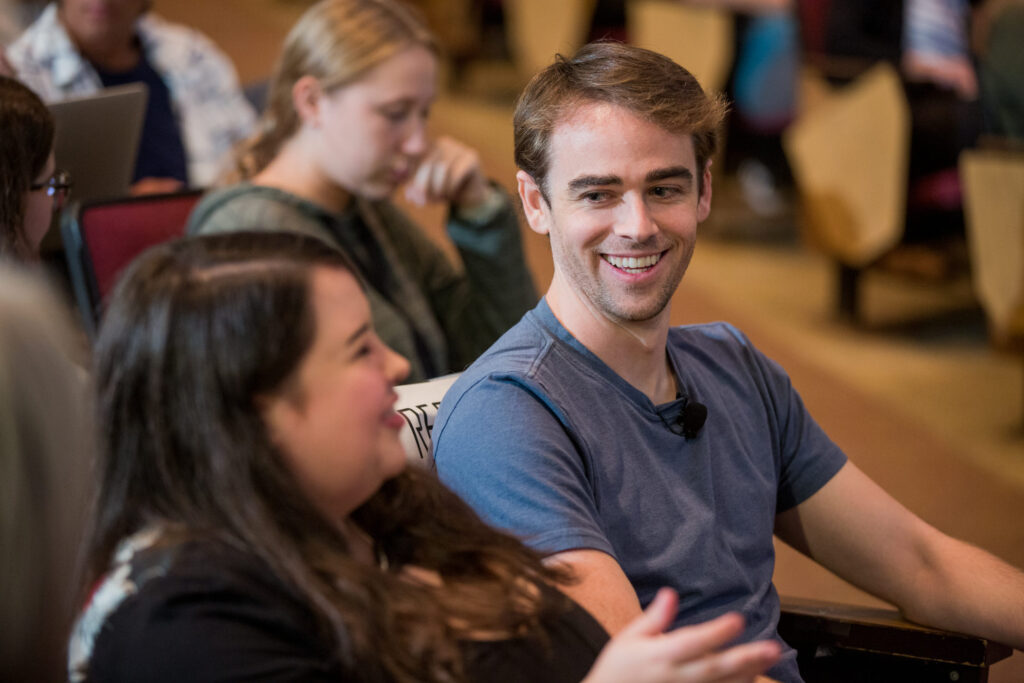 During a recent appearance at a health conference, Tyler Shultz, the world famous whistleblower who first brought regulators’ attention to the frauds taking place at Elizabeth Holmes’ blood testing company Theranos, revealed the frightened lengths to which Wall Street would pressure, intimidate, and seek to silence his story from coming out.

He shared memories of facing off against Holmes and Theranos’ white shoe lawyers — and the intense emotions that buffeted him as he did so. He also disclosed that he has had to shut down his own diagnostics company, a decision that could make an observer wonder if there is something still rotten about the field of medical venture capital even after the supposed lessons of Theranos’ downfall.

How could Holmes raise hundreds of millions on vaporware when one of the few people honest and brave enough to upend her house of cards fails to get the financing he needed?

On his runs, Shultz was trying to burn off the fury he felt on multiple fronts: that Theranos was endangering patients; that his grandfather, the statesman George Shultz, who was also a Theranos board member, believed Elizabeth Holmes over his own grandson and mounting evidence; and that he’d had to tell his parents he’d rather they sold their home to pay legal fees than sign documents that Theranos lawyers were insisting he sign. (They didn’t have to, in the end.)

“Most mornings during that period of time I woke up thinking this is going to be the worst day of my life,” Shultz said. “And I was almost always right.”

Does he wish he’d never met Holmes? Probably, he said. If he could go back in time, he would have told himself, “Do not do this. It is so not worth it.” But the truth was like a sneeze that was going to come out, he said.

Hundreds of Theranos employees were kept in check by fear, even though Shultz felt it was common knowledge at the company that the tests did not work. Shultz remembers one employee being not only fired but also sued for raising questions about Theranos’ blood tests. The lawsuit was announced in a company-wide email, which he took as evidence that Theranos would make good on its threats.

But employees were also kept in check by Holmes’ ability to inspire and manipulate.

“She was so good at it that even I, who was working with this product that was clearly not working, could go have a five-minute conversation with her and walk away feeling like my work was changing the world,” Shultz said. The experience left him baffled. “How did she do that to me? Even though you knew it was coming, she could still do it.”

One of Shultz’s big lessons from the experience, he said, was that charismatic figures such as Holmes are dangerous.

“Elizabeth was able to just put a spell over people,” he said. “It was really amazing. Like she could come up as the next speaker, and I swear she could convince half this room that she had invented a revolutionary technology. It’s like she’s like a wizard.”

Everyone in biotech agrees Shultz is a hero. But the payoff for being a whistleblower can seem small. Shultz tried to watch the fictionalized Hulu series, “The Dropout,” about the Theranos case. He stopped after the sixth episode, which focuses on his story and that of his friend and fellow Theranos whistleblower, Erika Cheung.

He wasn’t involved in the TV show’s development. “The writer, the director, the person playing me, never reached out to me,” he said. The scene that bothered him most was one in which Cheung drafted an email with her complaints about Theranos, and he deleted her name from the email and sent it himself.

“That was hugely offensive to me, because it never happened,” he said. “That just flat-out never happened.” He would never have put his own name on someone else’s work. And he worried that the scene made Cheung appear feeble and anxious. “She’s an extremely bold person who’s perfectly capable of speaking up for herself.”

One scene portrayed in the show that did happen takes place at a party at George Shultz’s house; the younger Shultz played a song he wrote for Holmes — twice. He doesn’t remember the song, but said that he would have recreated something like it for the writers if they asked.

“It was along the lines of like, just one drop can change the world and save lives. It was just like, it was nauseating,” Shultz said. “And then I did have to play it twice. I think Henry Kissinger came to the party and everyone was like, you have to play this song again. And I was like, ‘No, I can’t do it.’ And it was like, ‘Play it again.’ So I had to suffer through it twice.”

Coming out of his Theranos experience, Shultz teamed up with a Stanford professor who was developing another diagnostic test that used magnetically charged antibodies to create a point-of-care diagnostic system. They called the company Flux Biosciences.