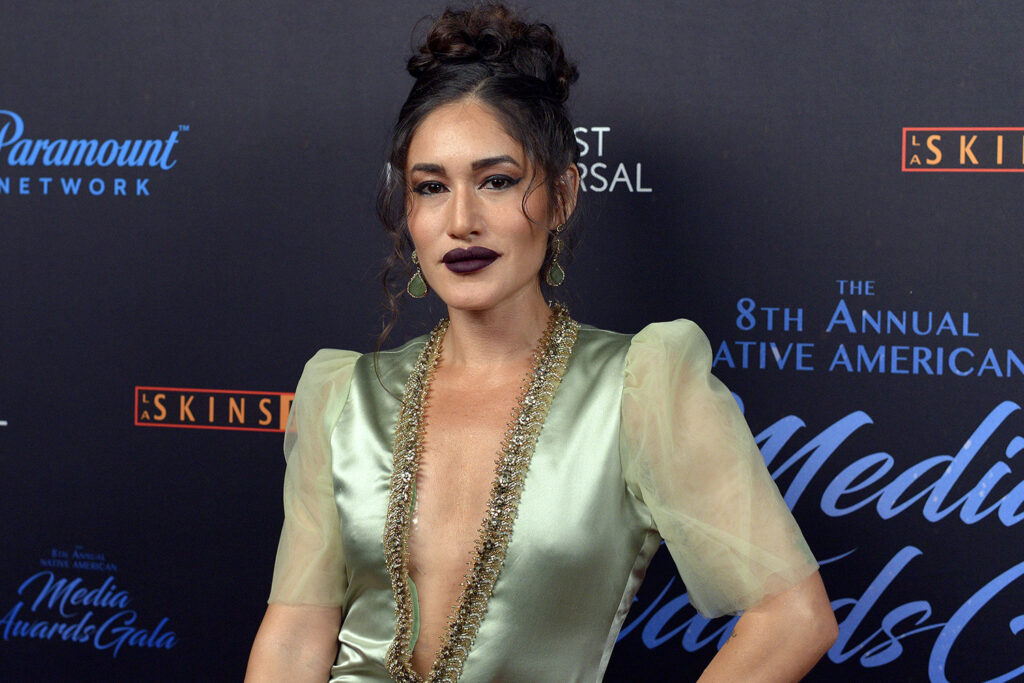 Q’orianka Kilcher allegedly claimed she had been unable to work due to injury while she filmed Yellowstone, the California Department of Insurance said. She has been charged with Workers’ Compensation Insurance Fraud.

Two felony counts of workers’ compensation insurance fraud have been brought against Q’orianka Kilcher in California.

The California Department of Insurance claimed on Monday that the 32-year-old actress had broken the law by receiving disability payments while working on Yellowstone. Authorities claim that three years ago, while filming for her recurring part in season 3 of the popular drama, Kilcher informed a doctor that her injury prevented her from working. From October 14, 2019, through September 9, 2021, Kilcher received disability benefits totaling $96,838, according to the document. She turned herself up and entered a not guilty plea during her arraignment on May 27.

According to the insurance department’s statement, Kilcher, who had a supporting role in the 2019 Paramount Players film Dora and the Lost City of Gold, had neck and right shoulder injuries while working on the picture. The acting professional “visited a doctor a few times that year, but discontinued treatment and did not respond to the insurance company processing her claim on behalf of her employer,” according to the department.

Kilcher is accused of contacting the insurance provider in October 2019 to request treatment and telling the doctor that she had been unable to accept offers of work since the accident “because her neck pain was too severe.” After filing these claims, she began receiving temporary complete disability benefits.

“After reviewing wage information from her employer, the investigation found Kilcher had worked as an actress on the television show Yellowstone from July 2019 to October 2019, despite her statements to the doctor that she had been unable to work for a year,” the release read. “According to records, she returned to the doctor and started receiving disability benefits five days after the last working on the show.”

The doctor who responded to Kilcher’s insurance claim said that if they had been aware of the star’s employment in 2019, “they would never have granted her the disability payments.”

The company also added that she returned to work and started to receive disability benefits just five days after the last working day on the show.

However, Kilcher’s representative Michael Becker has rubbished the allegations. Becker stated that Kilcher’s injuries were verified by the third-party doctors, and she was entitled to receive the monetary benefits. Besides, Becker said that the actor would “vigorously” defend her stand.

Kilcher’s lawyer appeared in court in Los Angeles on her behalf on Monday. August 7 has been appointed as the actress’ subsequent court hearing.

According to the California Department of Insurance, fraudulent claims for workers’ compensation insurance potentially cost businesses and workers in the Golden State $161.94 million during the 2020–21 fiscal year.