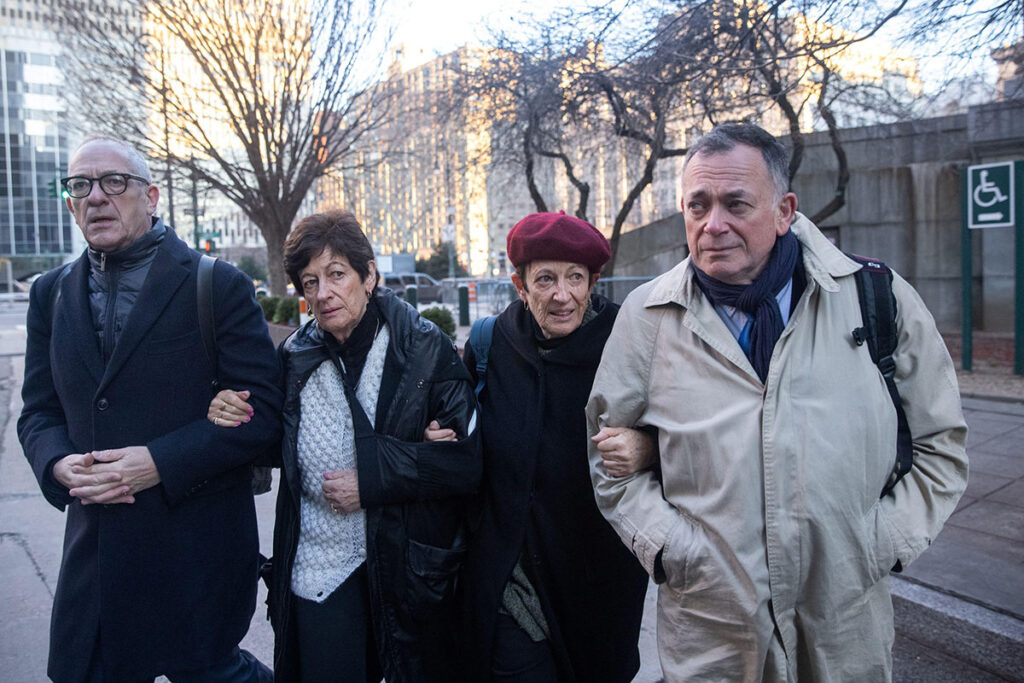 The trial and conviction of Ghislaine Maxwell for trafficking juveniles to pedophile financier Jeffrey Epstein brought her family’s murky finances to light, raising new concerns about her family’s history and the true source of the Maxwells’ vast wealth.

A new joint investigation by OCCRP and the Miami Herald looks into a trove of documents from an offshore trust, revealing how at least two Maxwell family members and their long-time associates invested their fortune in a complex offshore corporate and trust network that is likely beyond the reach of creditors and legal adversaries.

Secret offshore trust documents reveal how Maxwell family members and their long-time associates occupied a parallel financial universe while keeping their wealth beyond the reach of creditors and legal adversaries, according to a new joint investigation by the Organized Crime and Corruption Reporting Project and the Miami Herald.

The investigation, which is based on documents from Jersey, a British Crown tax haven in the English Channel, reveals evidence of highly irregular trading activities in publicly traded US companies, secret stock deals, and possible securities violations, as well as millions of dollars in payments to members of the Maxwell family made through offshore companies. These transactions have never been publicized previously, and some of them may have harmed public investors.

Reporters discovered hidden stock transactions by Kevin and Ian Maxwell, while Kevin was chairman of a publicly-traded company in the United States; related-party transactions that may have enriched the Maxwells but went unreported to the investing public; and the hiding and amassing of major stock holdings by the Maxwell brothers, who have a history of fraud accusations and bankruptcy. These transactions have never been publicized previously, and some of them may have harmed public investors.

The released documents provide a unique peek into Kevin and Ian Maxwell’s financial dealings through shadowy shell firms. These were discovered among thousands of pages of private documents recovered at La Hougue, a now-defunct Jersey trust corporation. The collection was confiscated by Jersey police in 2015, however after authorities on the island took no action, it was released to the media, including OCCRP.

An anonymous whistleblower complaint was filed with the US Securities and Exchange Commission (SEC) citing stock trading breaches and other problems concerning Kevin Maxwell and La Hougue from the late 1990s to the early 2000s, just as Ghislaine Maxwell was about to go to trial. The Securities and Exchange Commission (SEC) declined to comment on the filings or whether it has launched an investigation.

Kevin and Ian Maxwell’s names and signatures appear in the La Hougue files, which document payments to their siblings, wives, and in-laws. Many records of the transactions, including related-party transactions that flowed through intricate webs of businesses and legal entities across multiple jurisdictions, were purposefully hidden in the files. Some stock transactions were spread out among the family and associates, allowing them to keep slightly under regulatory reporting requirements.

There is no definitive proof that Kevin and Ian Maxwell, or their family members, broke any laws and they have not been charged with any crime. The brothers declined to discuss details of the Jersey documents but provided a statement to the Miami Herald and OCCRP.

A family representative declined to provide further comment on behalf of Ghislaine Maxwell or other family members.